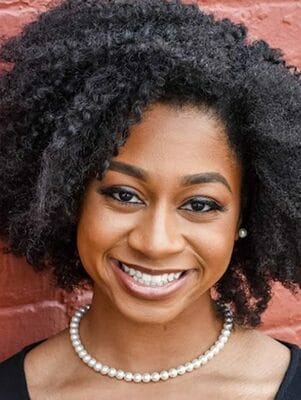 Trapp competed with nearly 4,600 students for the CLS, an eight to 10-week summer intensive language program to study one of 15 critical languages. She is one of 30 students to participate in the Swahili program. Due to COVID-19, the Swahili institute is a virtual program this year.

“CLS program scholars bear responsibility to represent the United States as citizen diplomats in their host communities and build mutual understandings by sharing American values and culture,” said Mariam Dekanozishvili, an associate professor of political science and CCU’s campus representative for the CLS. “I believe Arianna will serve as an effective citizen diplomat with her unique background, personal qualities, and professional competence in a field that requires urgent global action.”

“Arianna’s passion for connecting people with marine biodiversity is so clear in her honors thesis research,” said Mokos. “She has such a remarkable skill for communicating with people across multiple academic and non-academic settings. I’m thrilled for Arianna and for the critical work she will be doing through the CLS award to create a better world for people and the environment.”

Trapp previously worked as a Blue Parks Science Intern for the Marine Conservation Institute. During her internship, she researched and wrote, “How Fishing Communities Use Locally Managed Marine Areas to Combat the Effects of Climate Change.” She hopes that by learning Swahili, she can better communicate with members of coastal communities in East Africa and partner with them in their natural resource preservation efforts.

“My love for people, my heritage, and the environment seem to intersect at the perfect point to be a CLS Scholar, so I couldn’t be more excited to start the program in June,” said Trapp. “It’s an honor I don’t take lightly, and I hope to learn as much as possible.”

Trapp is an executive director at the Water Insecurity Correction Coalition. In addition, she cohosts “Just Add Water,” an environmental/educational podcast where she discusses water insecurity and interviews guests on topics relating to environmental legislation and advocacy.

When the CLS program is complete, Trapp wants to continue bridging the gap between the scientific community and the public. Her future plans involve graduate school and partnering in global efforts to educate people about the importance of biodiversity.