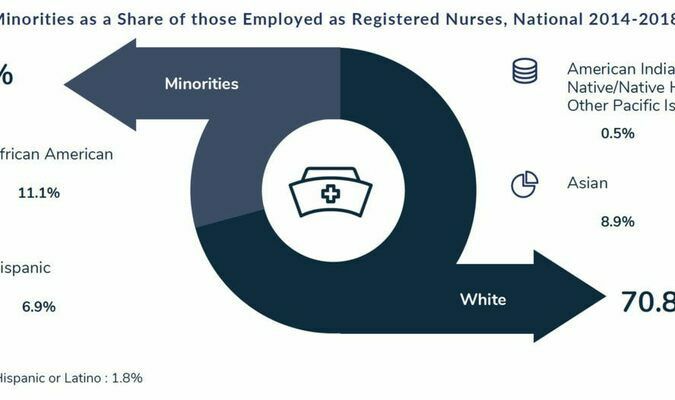 Across the world, institutional/systemic racism has servedas a barrier to equal representation for African Americanprofessionals. Various factors such as prejudice anddiscrimination have led to social and economic healthcaredisparities that, for decades, have negatively affectedAfrican American communities. The presence of thesedisparities, compounded by poverty, distrust, and limitedaccess to quality healthcare has led African Americans tosuffer from heart disease, COVID-19 infection, and diabetes at rates beyond their proportion in society andbeyond other ethnic/racial demographic groups.

According tothe Center for Disease Control and Prevention, as it relates to COVID-19 in comparison to whites, African Americans areabout as likely to contract infection, two and a half times morelikely to become hospitalized and 1.7 times more likely to diefrom COVID-related symptoms. Given such disparateoutcomes, African American representation in healthcare hasbecome increasingly more imperative.

Currently, according to the U.S. Census Bureau’s 2014-2018 Equal Employment Opportunity (EEO) tabulation, approximately 11% of the nation’s registered nurses self-identify as African Americans. This is an increase of approximately 36% from 2006-2010 figures. As African American and other minority populations strive to make impressive contributions to the healthcare industry, they continue to raise awareness on racial and ethnic diversity across several subfields within healthcare, including African American representation as pharmacists (+44%), physicians and surgeons (+13.9), dentists (-3.2%) and chiropractors (-16.5%).

Although representation for South Carolina’s minority healthcare professionals has steadily improved, it continues to lag as a share of their population in the state. According to the U.S. Census Bureau’s 2020 Decennial Census, minorities accounted for approximately 37.89% of the state’s population. This is in contrast to the, U.S. Census Bureau’s 2019 American Community Survey showing that minorities made up approximately 21.2% of the state’s healthcare practitioners. African Americans, however, comprised nearly 16% of the state's healthcare labor force, while accounting for almost 25% of the state's population. As a result, racial and ethnic representation continues to be problematic for the state's minority populations.

Additionally, per a recent study conducted by the South Carolina Office for Healthcare Workforce, approximately 14.2% of the state’s healthcare workforce directly involved in South Carolina’s COVID-19 response identified as African Americans: 9% were primary care physicians, 11.2% were Registered Nurses, 11.5% were Nurse Practitioners, 29.2% were Licensed Practical Nurses, 6.7% were pharmacists, 30% were Pharmacy Technicians, 10.1% were social workers, and 18.6% were Respiratory Care Practitioners. In spite of the many barriers facing African Americans who wish to enter into healthcare, the impact of those who have succeeded has greatly enhanced the state’s ability to confront pandemics like COVID-19. Thus, racial and ethnic diversification in healthcare not only enhances the patient-physician experience, but aides in combatting misdiagnoses while also building patient's trust in medicine.