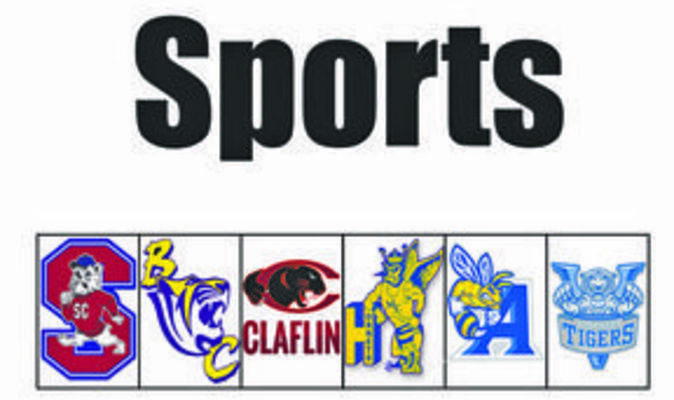 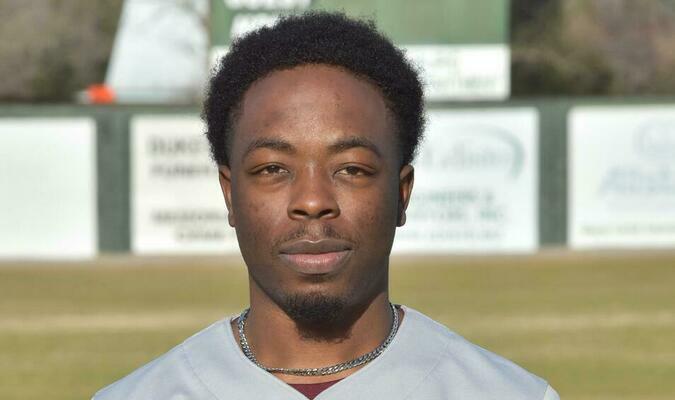 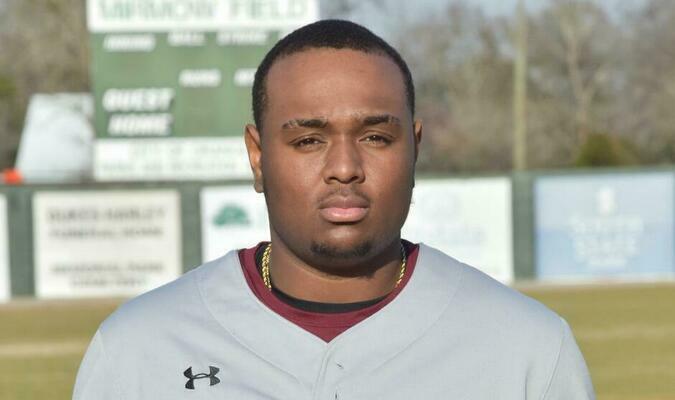 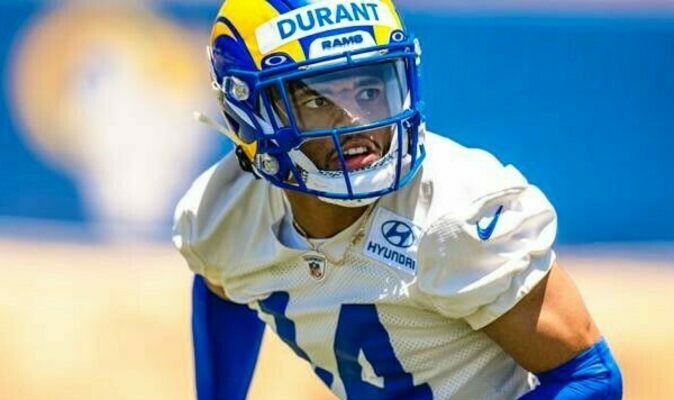 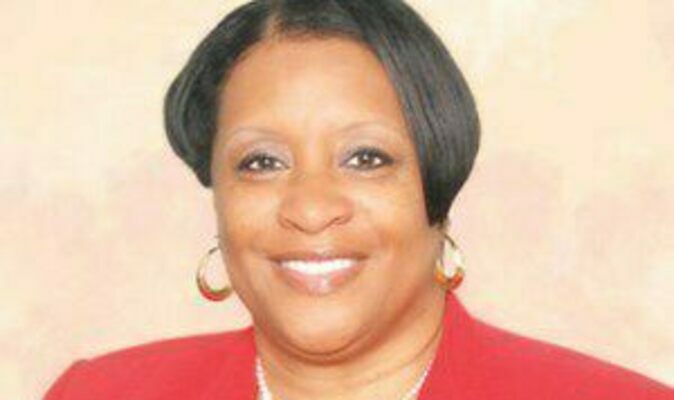 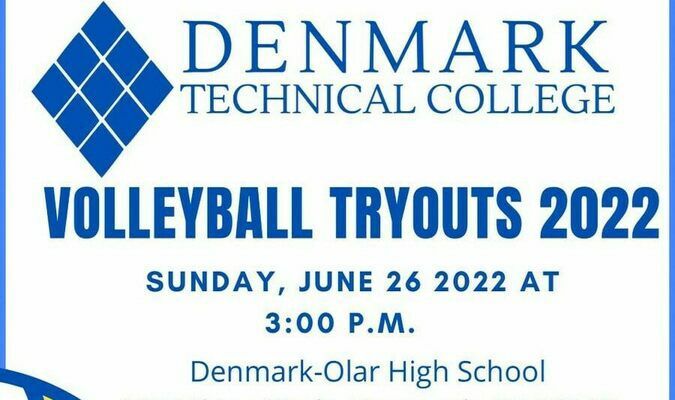 "It is a tremendous honor to win the both the men's and women's Commissioner's Cups again this year," said Willie Washington, Benedict College Director of Athletics. "After being limited in intercollegiate athletics the previous two years, it was exciting to be back in action and watch our student-athletes excel. Our goal in all of our sports is to win a conference championship, or at least finish in the top three. We strive to have that type of success across the board. I would like to thank all of our coaches, staff members, and especially our student-athletes, who work hard all year to make this possible, as well as our administration and boosters who support our student-athletes."

The Commissioner's Cups are the culmination of one of the most successful athletic seasons in Benedict College history. It was a year that saw the Tigers honored by the city of Columbia, which named Monday, April 25 at "Benedict College Tigers 2021-22 SIAC Championships Celebration Day." The South Carolina Statehouse also recognized Benedict's athletic accomplishments from the House and Senate floors in May.

Along with winning six conference championships, the Tigers had 50 student-athletes earn All-SIAC honors, including three who were named Player of the Year for their respective sport, and two were named Freshman of the Year. Five coaches earned Coach of the Year recognition.

Men's cross country won the first SIAC championship of the year in the fall, led by Freshman standout Nelson Kipkemboi, who won the championship race and was named SAIC Runner of the Year. Titus Korir, who finished second, and Ryusei Takahashi were also named All-Conference.

The men's basketball team advanced to the SIAC Championship game for the first time since 2015, knocking off two-time defending champion Miles in the tournament semifinals. Tajh Green was named the league's Player of the Year, while Timothy Bing Jr. was also named All-Conference. Green was also selected to participate in the HBCU All-Star Game, where he was named the game's MVP.

The Tigers' inaugural season of men's volleyball was a memorable one. Benedict finished in third place in the tournament, while Ras Jesse Delancy headlined the league's first All-Conference team by being named Player of the Year. Clint Forbes and Donovan Wilmott were also named All-Conference. Gwendolyn Rouse was named the SIAC's first men's volleyball Coach of the Year.

The women's tennis team won their first championship since 2018. Esperance Follykoue was named the SIAC Freshman of the Year, and doubles teammate Sofia Gomez joined her on the All-Conference team.

The women's track and field was even more dominant, winning the SIAC title by 131 points over Albany State. Benedict's Jane Kiborus was named the women's Cleve Abbott Award winner for scoring the most points in the championship. Kyra Buffen was named the Most Outstanding Field Performer and Coach Frank Hyland was named women's Coach of the Year. Benedict captured 18 All-Conference honors.

The Tigers sent three women's student-athletes to the NCAA Division II outdoor track and field championship, with Savionna Glover earned All-American status in the triple jump. Glover and Hyland were named the South Region Women's Field Athlete and Coach of the Year.

Benedict's softball team finished second in the SIAC East Division during the regular season and fourth at the SIAC Tournament. The Lady Tigers were led by shortstop Deyonce Lewis, who was named to the All-SIAC team and was recognized at the HBCU Baseball All-Star Game as one of the top HBCU softball players.

The baseball team did not have much success on the field this year, but Bradon O'Connor received multiple individual honors. After breaking the NCAA record for stolen bases in a season, he was named SIAC Utility Player of the Year, was named the HBCU Player of the Year by Black College Nines and was selected to three different All-South Region squads.

Jalen McDuffie was selected to participate in the HBCU All-Star Game in Atlanta.

Track and field standout Eilika Lane was the first Benedict recipient of the NCAA's prestigious Elite 90 Award, presented to the student-athlete participating in each of the NCAA's 90 national championships with the highest GPA.

The SIAC modeled their Elite 14 award after the NCAA program, and Benedict had three Elite 14 recipients in the program's first year. Ryusei Takahashi won for men's cross country, Miyah Rogers won for softball and Clint Forbes for men's volleyball.

The recipient of the Commissioner's Cup is based on a point system, reflecting the place of finish of each team in conference play. The coveted SIAC Commissioner's Cup is presented to the athletic department within the conference that has excelled in both men's and women's sports. A scoring system of 10 points for conference titles, seven for runner-up championship finishes, and four for third-place championship finishes is used to determine the all-sports standings.

Benedict paced both men's and women's competition during the 2021-22 season finishing with six conference titles, one runner-up title, and two third-place finishes. The Tigers claimed their championship crown in men's cross country, men's tennis, and men's track and field. They finished as men's basketball championship runner-up and in third place in the inaugural men's volleyball championship. The Lady Tigers have crowned champions in women's basketball, women's tennis, and women's track and field. The Lady Tigers also finished third in this year's women's cross country meet.

For the men's standings, in fourth with 18 total points, the Miles' Golden Bears edged Morehouse (14) by four points and had a lead over Central State and Savannah State, who each finished with 10 points. Edward Waters finished eighth (7), followed by Kentucky State and Tuskegee, who tied for ninth (4).

For the women's standings, Savannah State finished fourth with 14 points for their second-place finishes in women's basketball and women's tennis, ahead of Tuskegee, who finished with 10 points for their softball conference title.

After putting in some terrific efforts both on the field and in the classroom, the Claflin University baseball duo of Charles Jackson and MacKenzie Gay were honored when they were named to the Peach Belt Conference Baseball Team of Academic Distinction, presented by Barnes & Noble College, Friday afternoon.

The Panthers earned their spot on the team after meeting the qualifying standards set by the Peach Belt Conference. To be eligible, a student-athlete must 1) participate in at least half of the team's events and eighter be a starter of significant contributor, 2) achieved a 3.30 cumulative grade point average (GPA) on a 4.0 scale and 3: completed at least one full academic year at his current institution and has reached sophomore athletic eligibility.

The honor is another academic feather in the cap for the Claflin University athletics department that produced over 100 student-athletes with at least a 3.0 GPA this semester. The honor is presented by Barnes & Noble.

**Durant Adjusting To Role With Rams**

Days after finishing their first mini-camp, Los Angeles Rams rookies were treated to an encouraging message from family back home. The Rams media team caught the reactions of each rookie in a video they shared on their Twitter feed. Lamar native and former SC State standout Decobie Durant was filmed hearing his mom send a special message.

"It was a blessing to hear her voice," Durant said. Durant has been in Los Angeles the last few months taking part in the Rams OTAs (organized team activities) and mandatory mini-camp. "It was fun to be with the other draft picks, and rookies at camp," Durant said. "We were able to build a quick bond through the events and activities the NFL Players Association planned for us."

Los Angeles selected Durant in the fourth-round of this year's NFL Draft. He recently signed his rookie contract worth $4.1 million over the next four seasons with a signing bonus guaranteed worth $504,336.

Unlike many rookies, Durant has not made any extravagant purchases after signing his first deal. He's continuing to get acclimated to his new home away from home.

"I haven't visited Disneyland, or had an In-and-Out Burger," Durant said. "Most of my time is spent taking part in team activities. (Los Angeles) is great. Coming from a small town (Lamar) there are a lot of new experiences."

When asked about the biggest adjustment on the field, Durant said the speed in which the game is played.

"Things get faster at each level," Durant said. "I've always worked to make myself one-percent better every time I take the field. Right now, I'm just taking everything day-by-day."

With the 50th anniversary of Title IX's passage less than a week away (Thursday, June 23), the Mid-Eastern Athletic Conference (MEAC) recognizes the outstanding student-athletes, coaches and administrators who have exemplified Title IX's promise.

Charlene Johnson played basketball for South Carolina State University, helping the Lady Bulldogs win the 1979 AIAW National Championship, but after graduating, she gave over three decades of service to the university as an administrator. In addition to serving as an assistant coach with the women's basketball program, Johnson was also head coach of the volleyball and women's tennis programs, becoming the first woman to serve as a full-time head coach at South Carolina State.

She was the 1986 MEAC Coach of the Year in tennis, and she was named the conference's Coach of the Year in volleyball in 1990 after leading the Lady Bulldogs to their first MEAC championship. Johnson also served the university as Associate Athletics Director and Senior Woman Administrator, and she twice served as Interim Director of Athletics before being named to the position on a permanent basis in 2004.Johnson served as Director of Athletics at her alma mater for 11 years, the first woman to serve in that capacity at the school and the first woman to serve as Chairperson of the MEAC's Directors of Athletics.