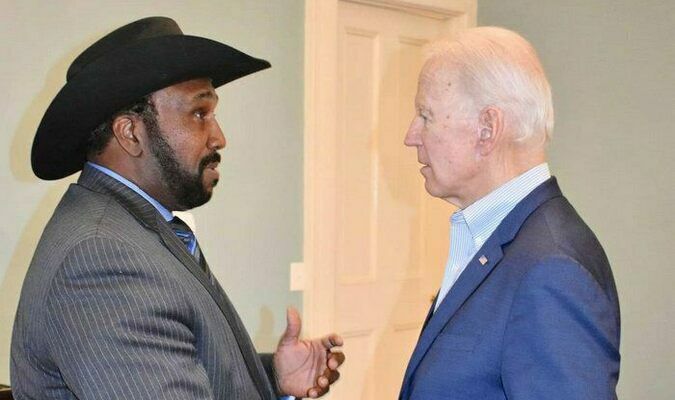 After fighting for debt relief for over 3 decades, John W. Boyd, Jr was elated when the Emergency Relief for Farmers of Color was passed and signed into law by President Joe Biden last year in the American Rescue Plan Act (ARPA) of 2021.

The program offered loan forgiveness to socially disadvantaged farmers and ranchers (SDFRs), defined as those “belonging to groups that have been subject to racial or ethnic prejudice.” Shortly after, white farmers filed a lawsuit and tied up the $4 billion dollars that were promised to farmers of color. This lawsuit immediately stopped debt relief from being distributed. A year later, the debt-relief is still inaccessible and Black farmers and farmers of color are getting served foreclosure notices.

Unfortunately, the meeting with President Biden has yet to happen and now Section 1005 has been altered. What once read as "Debt Relief for Farmers of Color", now reads as "Assistance for Certain Farm Borrowers." The $4 billion dollars in aid has now been reduced to $1.2 billion. With these changes the debt-relief is now accessible to the 95% white farmers. Today, roughly 2% of farmers identify as Black or mixed race compared to 14% 100 years ago. For centuries, white farmers have been able to receive government relief with little to no problem, while Black farmers faced discrimination and neglect on local, state, and national levels.

“I’m very, very disappointed in this legislative action,” Boyd said in response to reading the final bill passed by the Senate. “I’m prepared to fight for debt relief for Black, Native American and other farmers of color all the way to the Supreme Court. I’m not going to stop fighting this. USDA's historical discrimination against Black Farmers was rampant and severe. Section 1005 Loan Repayment program was a necessary step towards fixing those harms. To acknowledge and correct racism is not unconstitutional or racist.”