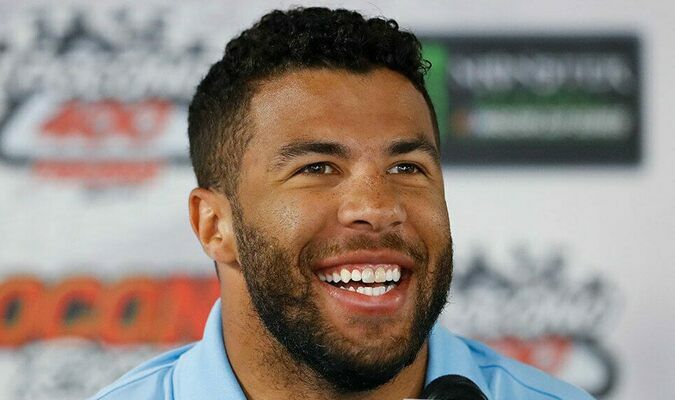 During the week leading up to the NASCAR weekend at Richmond Raceway, NASCAR held a party. Specifically, an event hosted by driver Bubba Wallace and inspired by an idea Wallace presented to NASCAR’s industry-wide DE&I committee. It’s a committee made up of representatives from across the industry that meet throughout the season, in part to foster ideas to help NASCAR reach diverse audiences who might otherwise not encounter the sport.

“It actually went really well,” Wallace said the following day. “You know, this was an idea that came about a few months ago of, you know, what can we do to, improve our diversity efforts at the track; the at track experience and just get more people from minority background to the racetrack and to participate in our events.”

Wallace said NASCAR took his idea and really ran with it, and that to see it all come together was “really cool’ adding that the 3,500 or so tickets, which were free and on a first-come-first-served basis were quickly stanched up.

“Everybody that was there was having fun and just the atmosphere was a lot of fun,” he said. “To see that demographic at this racetrack, it was super important and very humbling.”

Wallace is the first Black driver in NASCAR’s top tier Cup series to win a race at that level since 1963. In recent years he’s also stepped up to be the face of the sport’s diversity and inclusion efforts.

And it’s been no secret those efforts have attracted sponsors to Wallace and his 23XI Racing team; one founded and co-owned by NASCAR driver Denny Hamlin and NBA legend Michael Jordan.

One of those sponsors is MoneyLion.

MoneyLion, a financial services company has been in NASCAR since 2018 first partnering with Penske Racing. This season however, the company moved to 23XI to sponsor Wallace, along with the team’s second driver Kurt Busch.

“Penske is, is really an incredible organization and was a great partner,” Jeff Frommer, chief content officer at MoneyLion said, adding that what attracted the company to 23XI Racing is a sharing of the same sort of business philosophy.

“What MoneyLion is really trying to do is disrupt a financial system that hasn't been built for the 99%,” Frommer said. “And when you look at someone like Michael Jordan, when he enters a sport like NASCAR, his mission and the cultural resonance that he brings with him really resonated with us.”

NASCAR’s focus on diversity and inclusion also factored into the decision along with the loyalty of its fans.

“I don't think there's a sport with better fans,” Frommer said. “You know, I've had the chance to go to a few races myself over the years, recently in Darlington, and the fans are true fans, they care about the sport, they care about the drivers. And we were thinking about where we wanted our brand to exist across the sports fandom and landscape. It really made sense for us to double down on NASCAR.”

MoneyLion isn’t interested in simply wrapping a racecar for the track and hosting clients at a race but being part of the efforts away from the track along with using the platform to educate the fanbase on just what it is that MoneyLion does.

According to Frommer, MoneyLion’s brand mission is “all about rewiring the financial system so that every consumer can access the right content, the right products and the right advice to achieve their financial goals.”

“You know, I tell my team all the time that life isn't all about money, but somehow money runs every decision that we make in life,” he added. “And for many people they don't feel in control of their money and therefore they don't feel in control of a lot of their life decisions. And when you have gas pricing going up, rent going up, food pricing going up, the ability for us in a single application to provide the motivation and knowledge to teach people how to money to, to fill the void in the current financial literacy.”

It's well known that a lack of financial inclusion for Black Americans exists at every level of the financial system, and many are financially disadvantaged. In 2016, for example, one study showed that the average Black family in America had a total wealth roughly one-tenth that of the wealth of the average white family. Less wealth leaves Black Americans underrepresented in the financial market and lack the financial literacy to get ahead. Like Wallace, and NASCAR, MoneyLion is reaching out to those communities that need to hear the messaging the most.

MoneyLion uses their community outreach, in NASCAR and even outside the sport, to reach those who might not have the foundational skills needed to understand the basics of finance and give them access to the tools they need to understand and manage wealth.

“Personally, like I grew up, my dad was a cop. My mom was a teacher,” Frommer said. “I didn't have a silver spoon and I think you learned the value of a dollar.

“You know, if I could, we would turn all our marketing dollars into supporting the community and you'll see us do that constantly.”

One of those ways is a contest the company is sponsoring in conjunction with the 23XI team for a gas giveaway.

“We saw a problem in the community where gas was through the roof,” Frommer said. “You know, as a bank, we see where our customers are spending their share of wallet and it just kept picking up and up and up. And if you looked at the social chatter, right, customers just felt like they can't control going to the pump and filling up.

“We decided, without someone having to pay MoneyLion, without them having to be a customer, we provide free access to the platform. You come into the app, get a free ‘roar’ tag. And it unlocks a whole plethora of rewards and access to knowledge and content.

So, with ‘Get Pumped Tuesday’ on Twitter and our social channels, every Tuesday, you can post your ‘roar’ tag, which is accessible to anyone at no cost in the comment section, and every week we select two people, and we give them $500 to cover an entire month's worth of gas.”

On the track, if one of the two weekly winners have their tag featured on one of 23XI’s cars and one of those cars wins a race, that person will get $10,000.

For Wallace, having a sponsor that shares his same philosophy is important. As for the sponsor, MoneyLion is heavily invested in NASCAR, and will be more so in the future.

“You're going to see us bring some really interesting cultural influencers to the track to expand the reach,” Frommer said. “What's so great to see is that a lot of the folks that we've brought recently to the track and the people that are in our sphere that we've given VIP experiences or had a chance to go to a race or meet Bubba and Kurt, they come back; like watching NASCAR, they become fans. And I think the sport is looking for that as well.

“I think you're going to see, MoneyLion be a really amazing partner, not just for the team, but for NASCAR in general, just given the resources that we have that I don't think many traditional brands have; they don't have a media entertainment arm, which we do now.”

They’ve clearly already made fans of the drivers, and the team. And will probably have a presence at the next “Bubba’s Block Party.”

“MoneyLion is trying to change the game on the financial literacy of everything and really make money a verb,” Wallace said. “It's something that you do: every time you money, be a money lion.

“it's really special for us to have them with us.”

Tips on Choosing the Right University from HBCU...