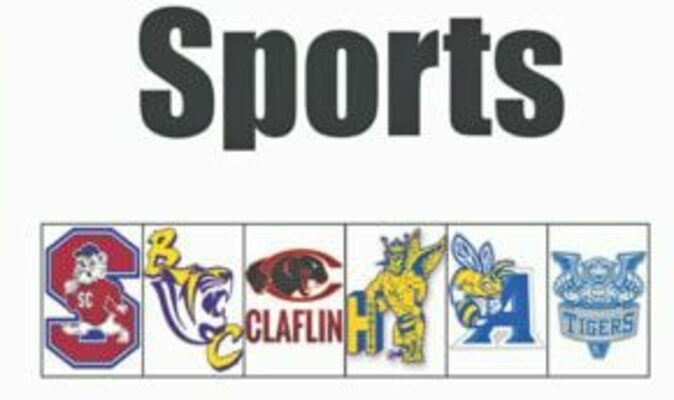 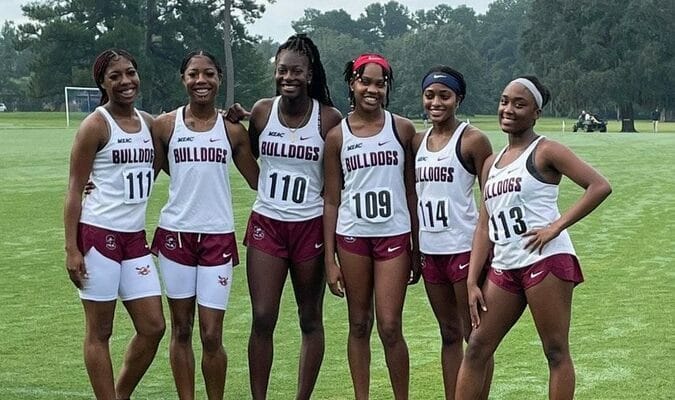 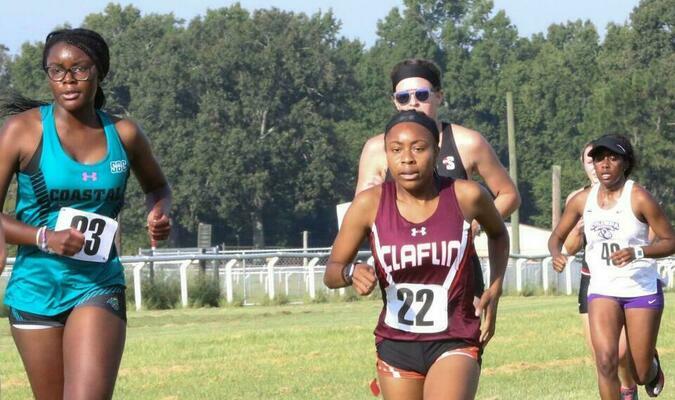 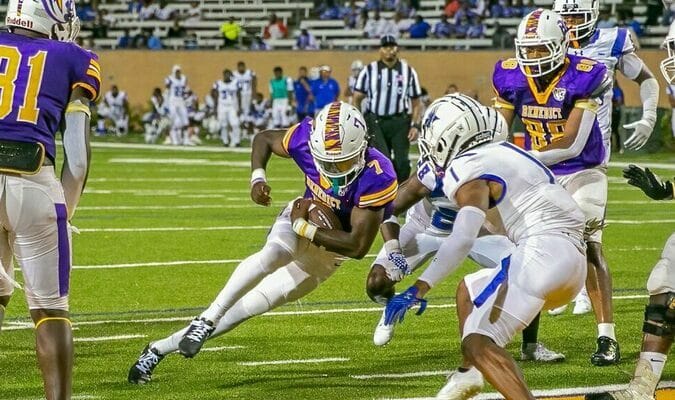 CAMDEN, S.C. -- The Benedict College freshman Donald Kibet dominated the Carolina Challenge season-opening cross country meet, crossing the finish line in first by more than a minute over the second-place finisher.
Kibet ran the 5K course at the Springdale Race Course in 15:42.12 in his collegiate debut on Saturday. Gardner-Webb freshman Dylan Phillips was second with a time of 16:45.86.
Nelson Kipkemboi finished 10th with a time of 18:15.09. Devonta Newbold finished 28th overall with a time of 19:34.85 and Sadiki Marsh finished 31st with a time of 19:55.26, while Japheth Kipruto ran a 21:25.15 and finished 38th overall.

The Tigers travel to Charlotte to run in the Queen's University of Charlotte meet at McAlpine Creek on Sept. 23.

On the men's side as a team the Bulldogs did not qualify.

ORLANDO – The UCF football team came out strong in its home opener against South Carolina State Thursday Night at FBC Mortgage Stadium, scoring 28 unanswered to start the evening in route to a 56-10 victory. The win was the Knights' seventh straight in home openers.

The Black and Gold received the ball to start the game, giving quarterback John Rhys Plumlee his introduction to Knights fans. Plumlee found Javon Baker on a crossing route for a 12-yard touchdown pass, capping off the Knights 70-yard opening drive.
Plumlee found the end zone twice more in the first quarter, with a beautiful 30-yard pass to Kemore Gamble. Just over four minutes later, he decided to take it himself, weaving past the Bulldogs defense for a 17-yard touchdown rush and pushing the Knights to an early 21-0 lead. Before the end of the half, Isaiah Bowser recorded his first of two rushing touchdowns of the game, and UCF took a commanding 28-3 lead into the locker room at the half.
The Bulldogs notched their only touchdown of the game in the third quarter, to which the Knights responded with another 28 unanswered point run to close the game. Plumlee recorded two more touchdowns in his debut, finding both Johnny Richardson on an 18-yard pass and Zach Marsh-

NEWBERRY, S.C. -- The defending South Atlantic Conference champions got off to a roaring start to their 2022 campaign as the Newberry College Wolves (1-0) upended their in-state for Alen University (0-1) by a final score of 40-6 at Setzler Field on Saturday, September 3.

The Wolves were led in the ground and pound game by freshman Dwayne Wright (Charleston, S.C.) who took the rock 12 times for 133 yards. Graduate student Dre Harris (Greenville, S.C.) scurried for 47 yards and score on eight carries while freshman Trakell Murray (Walterboro, S.C.) picked up 24 yards on seven carries. Harris tossed three touchdowns on the night for 189 yards with four receivers each topping the leader board with a pair of receptions. Senior Andre Banks (Lincolnville, S.C.), graduate Deshun Kitchings (Aiken, S.C.) and graduate Tommy Washington (Spartanburg, S.C.) were able to haul in scores for the Wolves.

**Claflin Cross Country Opens the 2022 Season At The Carolina Challenge**

The Claflin University cross country teams got the 2022 season started in a big way with some great performances at the 2022 Carolina Challenge. Both teams saw some great efforts by newcomers as well as some great efforts by their returnees.
For the Lady Panthers, the team saw a strong mix of returning talent and some great newcomers. Sophomore Madison McDonald continued to be a leader for the Lady Panthers as she paced the team with a 23:18.63 in the women’s 5K run and she earned a 37th overall place at the meet. Freshman Skyler Andrews added the next finish for the Lady Panthers when she placed 59th with a 29:16.05. Senior Nytajah Smalls added a 60th place finish with a 29:29.61.
The Panthers also had some great performances as well. Freshman Reginald Gore wasted little time making his presence felt when he led the team with a 21st place finish in the men’s 5K run. He completed the course with an 18:39.50. Senior Caleb Patterson had the next best finish when he recorded a 19:35.79. Freshman Jakarriez Sanders rounded out the Panthers’ top three with a 20:12.00.
The Claflin cross country teams will get a two-week break before their next action. The teams will return to the course at the Furman Invitational. For more information on Lady Panthers and Panthers cross country, contact the Claflin University Office of Athletic Media Relations at (803) 535-5548 or log on to www.athletics.claflin.edu.

Benedict racked up 550 yards of total offense; held Elizabeth City State to 243 yards of offense, 0-for-10 on third and fourth downs; and had several big plays on special teams, including a blocked punt which helped lead to a Benedict touchdown.
"We talk about winning all three phases," said Benedict head football coach Chennis Berry. "There were times last year where we might play well on defense and didn't play as well on offense, and so-so on special teams or vice versa. At the end of the day, I think all three phases found a way to win this football game."
After the Vikings scored early in the game on an 84-yards pass, it was all Benedict taking a 24-7 lead at the half and building the cushion to 58-7, before the Vikings closed out the game with a late 55-yard touchdown run.
"At halftime, I told them it was zero-zero and they had to have that mentality to come out and finish the game. I thought they did that. They took the opening drive in the second half down for a touchdown. Our guys executed," Berry said.
The Tigers rushed for 215 yards, with newcomers Deondra Duehart (51 yards on 8 carries) and Noah Zaire Scotland (50 yards on 10 carries) leading the way.
Benedict's preseason quarterback battle between veteran incumbent Eric Phoenix and transfer newcomer John Lampley had no decisive winner. Phoenix completed 14-of-17 passes for 188 yards and one touchdown, while rushing for another score. Lampley completed 7-of-14 passes for 147 yards and a score while also rushing for 24 yards. Neither quarterback threw an interception. "It's still an evaluation week by week, especially early in the season," Berry said. "I thought both of them did a good job of moving the offense. They're both really talented quarterbacks. They both run and they both can throw. We're blessed to have both of them here in our program. They did a good job of managing the offense."

Jabari Tucker scored three touchdowns on the night, getting a pair of scoring passes along with a 25-yard run. Tayven Grice had a 15-yard touchdown run, while Scotland and Da'Von Smith both had short scoring runs. Reginald Harden caught a 68-yard touchdown bomb from Lampley. Loobert Denelus gave the Tigers a safety in the first quarter.

Brandon Lane led the defense with five tackles as the Tigers were able to play a lot of players on both sides of the ball. Benedict's defense held the Vikings to eight first downs. The Vikings were 0-for-9 on third-down conversions and failed on their only fourth-down conversion attempt.

Benedict takes to the road next week, traveling to face the Lane Dragons in Jackson, Tenn.