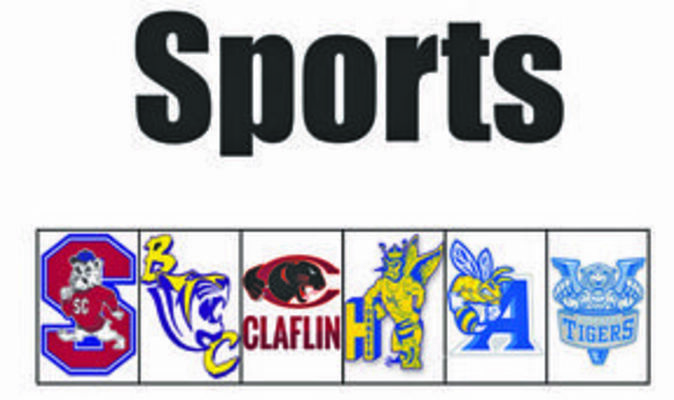 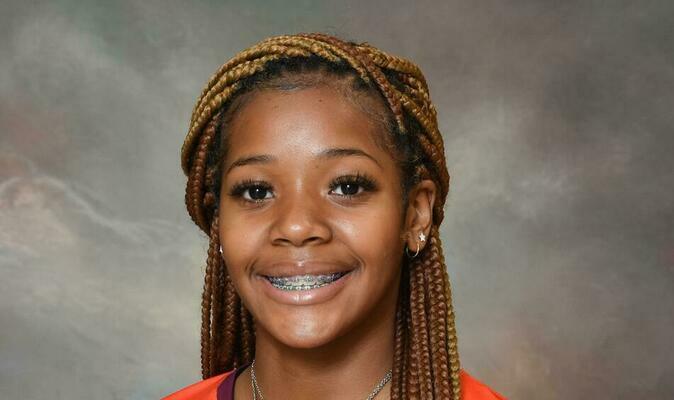 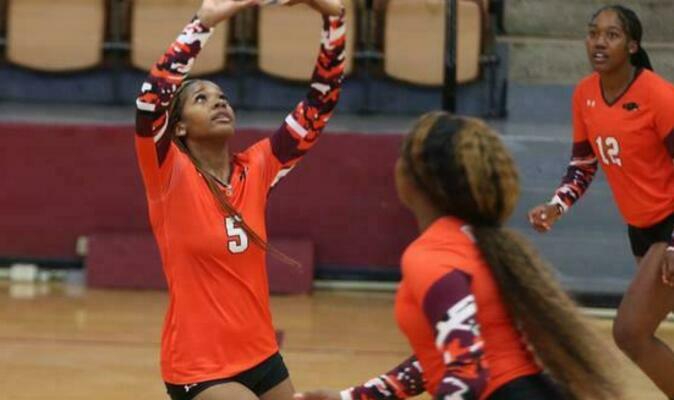 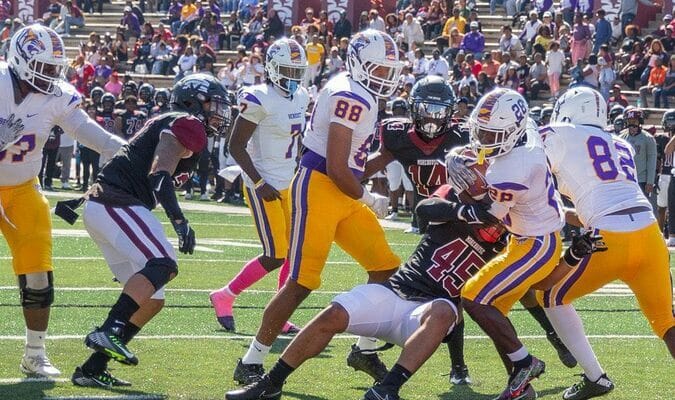 Benedict College in action against Morehouse 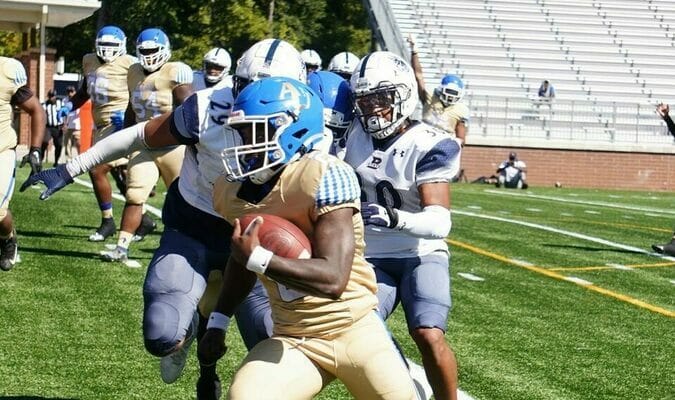 Claflin freshman setter Siri Davis has been one of the top freshmen in the Central Intercollegiate Athletic Association (CIAA) for much of the season. On Tuesday, she was recognized for her terrific play as when she was named the CIAA Food Lion Rookie of the Week.

She brought home the honor after some terrific play during the week. She helped the Lady Panthers compile a 3-2 record, including a pair of conference wins. For the week, she totaled 60 assists, including recording a career-high 16 assists at Saint Augustine's. She added 10 digs in that match to record her first career double-double and she added five service aces in the match as well. For the week, she totaled six service aces along with 28 digs.

The 18th-ranked Benedict College Tigers used their impressive defense to smother the Morehouse Maroon Tigers and take a 35-0 victory on Saturday, wrecking the Morehouse Homecoming,

Benedict, which entered the contest with the nation's fifth-best defense in total defense and third-best team in scoring defense, only improved their status.

"To God be the glory. It is very tough to win football games, and we are very fortunate to go 1-0 again," said Benedict head football coach Chennis Berry. "Shout out to my defensive coaches for coming away with another shutout. It is a good day to be a Benedict Tiger."

The Tigers are now giving up just 8.75 points per game after their second shutout of the season.

Benedict scored on their first offensive series of the game, going on a 50-yard drive. Noah Zaire Scotland started things off with a big gain, but left the game and never returned. Jaylen Taylor capped off the drive with a touchdown run to put Benedict on the board 7-0.

Benedict added another touchdown when Deondra Duehart ran from three yards out to put the Tigers on top 14-0. Duehart also was limited in the game due to an injury. The score remained 14-0 at the half.

"We started fast, but then had some setbacks when guys didn't execute," Berry said. "Our starting running back ran for about 50 yards on the first play and got hurt and was out for the rest of the game. The top two guys go down, and the next two guys stepped up and we still found a way to execute."

After holding a 14-0 at the half, the Tigers opened the second half with a 90-yard kickoff return for a touchdown by Tayven Grice.

"We always talk about being special on special teams," Berry said. "That was an explosive return and gave us the energy and juice we needed in the second half."

After crashing three Homecomings this season (at Fort Valley State, at Albany State, and at Morehouse), the Tigers return home next Saturday for their own Homecoming celebration. Benedict takes on Clark Atlanta at 2 p.m. Tickets are available at BenedictTickets.com. The game will be live streamed on HBCU League Pass Plus.

The Allen University Football team put on a terrific showing for Homecoming as they posted 30 points in the first quarter en route to running away with a big 50-14 win over Bluefield St. (WV) from Westwood HS Stadium on Saturday afternoon.

The Yellow Jackets scored four tohdowns in the first quarter using all three phases of offense, defense and special teams to take a 30-0 lead as Head Coach Teddy Keaton called it a "Great team effort."

Herrington finished with 97 yards on the ground averaging over 9 yards/carry while Allen, as a team, rushed for double the yards of the Big Blues, 129-58.

AU then added two more offensive TDs in the second quarter while the defense kept up the shutout as Allen took a 43-0 halftime lead. Scoring in the second were freshmen WRs Donte Cook and Rejai Anderson on 19 and 3-yard passes from fellow freshman QB Daniel Plummer, who tossed three touchdowns on the day while throwing for 146 yards.

The Jackets then added another defensive score in the third quarter as freshman DB Tiwan McCloud returned an interception 65 yards for a touchdown. The 50 points and seven touchdowns were a season-high for Allen as well as their first made field goal by kicker Denzell Moore. Moore went 5 of 7 on extra points finishing with 8 points on the game.

Allen improves to 1-6 on the year with their first win while dropping BSC to 4-3.

AU will next enjoy a bye week next weekend before hosting rival Benedict College on Saturday, Nov. 5 at 1:00 pm.