by By Grace Tippett 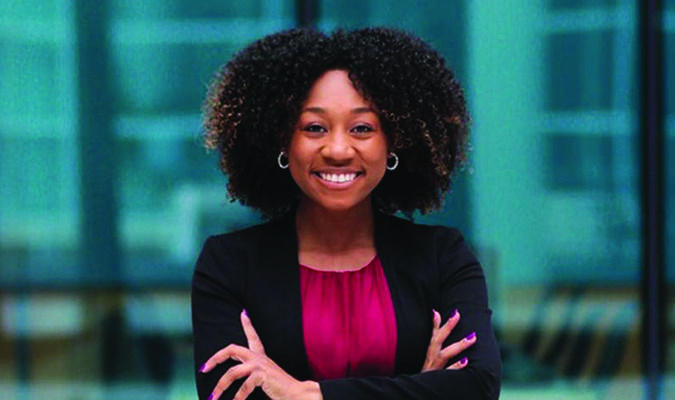 Laura-Louise Rice said she has been interested in public service since the beginning of her college career. Now, as a third-year student, she is USC's only national finalist for the 2021 Harry S. Truman Scholarship, whose mission is to be “a beacon for public service for young people across the United States.”

The Truman Scholarship is a graduate fellowship awarded to students who present a passion for public service. There are about 600 nominees every year, 193 of which were chosen to be finalists this year. Only 55 to 65 will be awarded the scholarship.

Students awarded a scholarship receive money to cover tuition and required fees, average expenses for room and board and up to $1,000 a year for books at whatever graduate school they attend.

Rice, a medical humanities and public policy student, said she would use the scholarship to get a Juris Doctor degree, which is a graduate degree in law, and a master’s degree in public health in health policy and practice.

After continuing her education, she said she plans to establish a health justice nonprofit.

“Where I want to effect change most is within establishing healthcare justice, like reforming health care policy in the United States,” Rice said.

Rice said she is concerned with the disparities low-income communities in South Carolina face and the extension of Medicaid to these communities. This passion is influenced by a deeper personal connection. “My big interest lies in maternal health for Black women. The disparities are horrible across the country, especially here in the South,” Rice said. “My mother almost died giving birth to me, and I almost died while she was giving birth to me, so it’s an issue that’s very close to my heart, very close to my family and very close to my community.”

Medical humanities and public policy is not a major normally offered by the university, but Rice is part of the Bachelor of Arts and Sciences (BARSC) program, which allows students in the Honors College to construct their own curriculum and major.

Mindi Spencer, who is an associate professor in the Arnold School of Public Health with a joint appointment at the Institute for Southern Studies, has worked with many students in the BARSC program. Rice is currently taking Spencer's Southern discomfort class, which examines public health and disease in the South.

“People are able to charter their own path based on their interests. I get jealous thinking about — I wish I could have done some of this stuff when I was in undergrad,” Spencer said.

Spencer is a member of the Truman Scholarship committee at USC, which reviews student applications and decides which students to nominate on the national level. She spoke highly of Rice and the committee's decision to nominate her.

“She’s got a passion for social justice, which is very, I think, atypical for someone her age,” Spencer said.

Rice is involved in several different extracurricular activities on campus, including Student Government, mock trial and Alpha Kappa Psi business fraternity, of which she is the incoming president. She also works as a legislative intern for McGuireWoods Consulting in Columbia.

“It's a very rigorous process, to say the least, but I think students, whether they are selected as a campus finalist or not, I think most of those students will probably tell you that going through the application process was one of the most clarifying, transformational experiences that they will have had as an undergraduate,” Simmons said.

The application involves submitting specific plans for graduate school and the five to seven years after graduation from a graduate school program, according to Simmons.

“The application really forces you to think about — to reflect on where you’ve been, where you are now, and where you want to be in the future,” Simmons said.

Rice said she has been interested in applying for the Truman since her freshman year, when her adviser mentioned it to her because of her interest in public service. She will find out if she has been awarded the scholarship on April 14.

Minorities And The Prison System: Why Are So Ma...