Claflin University Not Only Survives, But Thrives During COVID-19 Disruption

by By: Dr. Dwaun J. Warmack 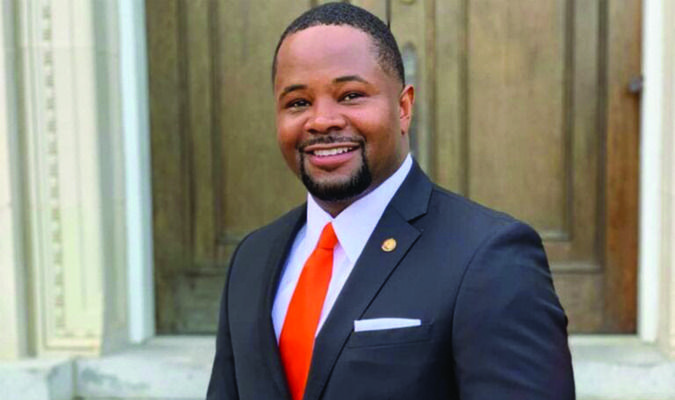 I have vivid images of the Claflin University campus before the unimaginable disruption caused by the COVID-19 pandemic.

The campus was teeming with unbridled optimism, buoyed by the recognition the University and the men’s basketball program had received during the 2020 CIAA Basketball Tournament in Charlotte, N.C.

The men’s team had upset top-seeded Virginia State to advance to the tournament’s semifinal round.

Most students were leaving campus for Spring Break and we were also weeks away from the inauguration which would mark my official installation as Claflin’s ninth president. Then came the news that this potentially deadly virus had reached the U.S. and later — South Carolina.

Claflin and other colleges and universities across the nation entered unchartered territory. No “Best Practices” manual for the coronavirus was in existence. However, our guidance was our commitment to maintaining the health and safety of our students and the campus community.

We extended Spring Break, which gave the University’s leadership team time to gather information and review data from the Center for Disease Control and Prevention (CDC) and the S.C. Department of Health and Environmental Control (DHEC).

A week later, S.C. Governor Henry McMaster declared a State of Emergency, which closed state-supported colleges and universities and public schools throughout the state.

Shortly after Gov. McMaster’s declaration, we announced that effective March 23, all classes would be held online or via other virtual instruction platforms, through the remainder of the Spring 2020 semester. The University did not close. However, we transitioned to a predominately virtual environment.

It was amazing that there was no panic or “Doomsday” forecast from any of the cabinet members, faculty, staff, or alumni – but there were palpable concerns.

Will our faculty be able to deliver the same innovative student-focused academic programs using distance learning platforms? How will we recruit and retain exceptional scholars who can no longer visit or enjoy the scenic beauty of our historic campus?

These were only a few of the questions we asked ourselves and each other – a year ago — as we prepared for another in what has been a series of challenges to Claflin’s existence. How will Claflin survive?

Fast forward to the present and Claflin and many other historically black colleges/universities (HBCUs) have not only survived — but we have also thrived!

Who could have predicted that Claflin would achieve a 9.3 percent increase in freshman enrollment or that we would welcome 564 talented new scholars for the 2020-21 academic year?

Who would have dared guess that we would achieve a historic fundraising total as donations soared to more than $30 million? Included was a $20 million transformational gift from philanthropist MacKenzie Scott, and substantial donations from Zoom, Blue Cross Blue Shield of South Carolina, and Dominion Energy. Gilead Inc. donated more than $500,000 to support our new Center for Social Justice that was established in May 2020.

Other companies and businesses donated to scholarship programs and various University initiatives through the Friends and Family Annual Fund Campaign.

The presence of Claflin alumni was felt at the very beginning of the pandemic. Their contributions spearheaded our COVID-19 Emergency Fund that was used to purchase mobile devices to enhance internet access for students in rural areas.

Financial assistance from the CARES ACT and other federal and state COVID-19 emergency relief funds were critical to our ability to effectively serve our students and the campus community.

Our national rankings remained intact, as Claflin was ninth in the U.S. News and World’s Report’s ranking of the nation’s Best HBCUs.

The announcement marked the 10th consecutive year Claflin was listed in the Top 10. We were the only HBCU in South Carolina to earn that distinction.

The prestigious publication also placed us ninth in its “Best Regional Colleges in the South” category, reaffirming Claflin’s status as a premier higher education institution that happens to be an HBCU.

Our scholars continued their academic success when we transitioned — first to 100 percent virtual teaching and learning platforms – then to offering courses both online and in the classroom. But this was nothing new to Claflin.

We launched Claflin Online in 2014 to become one of the first HBCUs to offer online degree completion programs.

The same inexhaustible resilience that brought Claflin through natural disasters, several on-campus fires, unstable economies, social and political inequity, and other catastrophic events during its more than 150-year history, is alive today in our alumni, students, faculty, staff, and other stakeholders.

Claflin has thrived because of our value proposition and our enduring legacy for improving the lives of residents in our local communities, the state of South Carolina, and beyond.