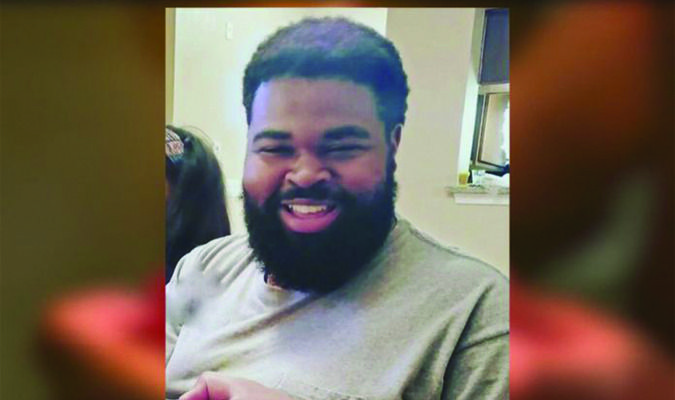 On March 15, the Collin County, Texas Sheriff’s office released the following statement, “On Sunday, March 14, 2021, 26-year-old Marvin D. Scott III of Frisco, Texas, died while in custody at the Collin County Detention Facility. Officers from the Allen Police Department arrested Mr. Scott earlier that day and transported him to the county jail. The Sheriff referred the matter to the Texas Rangers, who are investigating this death.

Scott was arrested on a marijuana possession charge on March 14 in which he possessed less than two ounces of the drug. This is a misdemeanor offense in Collin County. Scott family attorney Lee Merritt, informed media Scott had a schizophrenia diagnosis. Scott’s funeral was held March 30th.

As a matter of policy, the Sheriff placed seven detention employees on administrative leave and ordered an internal administrative investigation. The Sheriff’s Office will not release additional information while the Texas Rangers are investigating.”

"Everyone in Collin County deserves safe and fair treatment, including those in custody at our jail," Skinner said in the statement. "I will not tolerate less.”

An eighth officer who was also being investigated resigned, the release said. The department has not released the names of the officers.

Scott was first taken to Texas Health Presbyterian Hospital in Allen, Texas, and then to the Collin County jail, the Dallas Morning News reported.

Officers put Scott on a restraint bed, and they used pepper spray and covered his face with a spit mask. He became unresponsive and was later pronounced dead at a different hospital.

An independent autopsy performed by American Forensics in Mesquite, Texas, found that Scott likely died of restraint and asphyxiation, said Lee Merritt, the family's attorney, in an Instagram post. He added that final results are pending.

The results of an official autopsy have not been released.

The seven sheriff’s officers were fired on April 1. The firings appear to be in connection with the death. An eighth officer related to the incident has resigned.

There is video footage of the episode that has not yet been publicly released.

The news of Scott’s death arrived into the public eye during the trial of Derek Chauvin. Chauvin is on trial in the death of George Floyd on May 25, 2020 in Minneapolis, Minn.

Police brutality has been an issue for African American civil rights leaders for over 80 years. In 1962, an encounter with Los Angeles Police Department outside a mosque resulted in the death of a Nation of Islam member. The incident of police brutality was focused on by Malcolm X.

Lauren Victoria Burke is an independent journalist for NNPA and the host of the podcast BURKEFILE. She is also a political strategist as Principal of Win Digital Media LLC. She may be contacted at LBurke007@gmail.com and on twitter at @LVBurke.