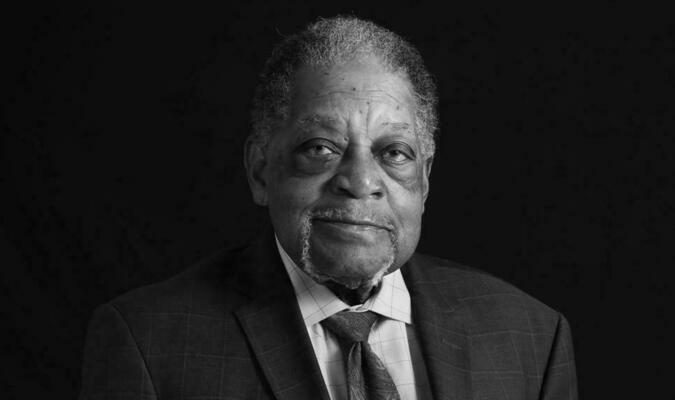 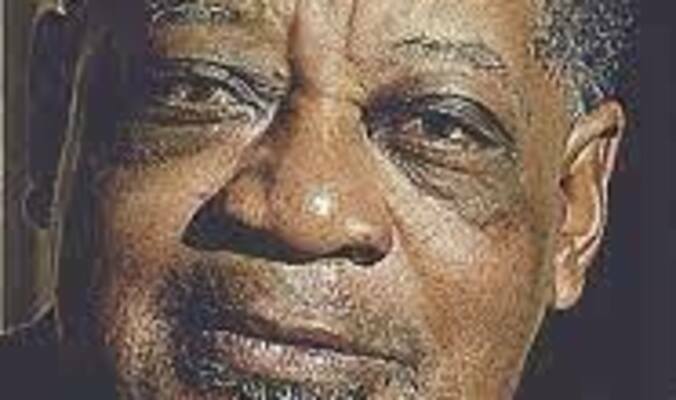 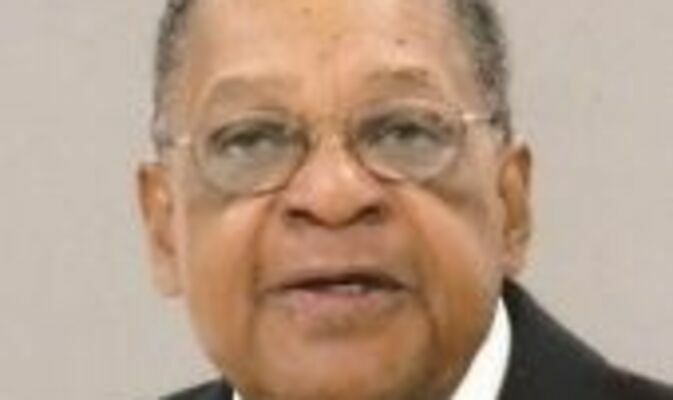 Billy D. Williams, a member of the council representing District one for over 22 years, from 1988-2010, and one of the first African Americans to serve on the Florence City Council, died on last Saturday he was 78 years old. Notably, Williams also served as mayor pro tempore for the city of Florence, South Carolina.

Activitist at heart Williams joined the late City Councilman Edward Robinson in fighting for the poor and become leading voices for the underserved in the region. Even those they were always outnumbered on the council, Williams and Robinson led protest marches and rallies and held press conferences to shine a light on what they believed was unfair treatment of African Americans in their districts. It was always their voices that pushed the city of Florence to support programs that created opportunities for African Americans. It was because of Williams and Robinson’s efforts that the city of Florence now has a stronger African-American presence on the council and an African-American mayor, Teresa Myer Ervin.

The always dapperly dressed Williams would often lend his name to organizations like the Pee Dee Healthy Start, Inc., where he also served as Chair of the Board of Directors. Williams also served as chairman of the Florence County Democratic Party, where he helped raise the level of voting in Florence County. In addition to his presence in his local community, Williams was no stranger to Washington, D.C, where he raised millions in federal support for local projects.

During his last run for Florence Council, Williams stated, “I got some things hidden in my agenda that I want to pull out of my hat and get done. When I get ready

to walk out of here, I want to walk out with a smile on my face, knowing I have done all I

could to help the citizens of Florence and make this city a better place. I feel like I still have things I want to get done before I get to that point.”

Pee Dee Healthy Start Director Madie Robinson said Williams was dedicated and loyal. She added that he learned very quickly about the mission and purpose of the organization and worked with the organization to secure new funding in 2014 when a previous source was lost.

“I’m sad to hear of former Councilman Williams’ passing. As a longtime community leader, his impact was felt throughout Florence for years. Wrenzie and I are keeping his family and loved ones in our prayers.” –

I am benefiting from all his hard work and many years of labor and I remember many people wanted me to run against Billy but what they did not know I was working with him for better community. Today many young black leaders don’t want to help older leaders they feel the they are the problem but you cannot know where you are going tell you know where you been.

Rest on my brother till

I briefly spoke wirh Billy D. by phone a little over a week ago on his cell phone. I called to ask how he was feeling and to let him know that I was praying for him. Of course, he was still in the hospital and he sounded somewhat weak. He gave his phone to Anita after a minute or so and I briefly spoke with her. Never did I imagine that it would be my last time ever talking to him. There were so many times that Billy would come to my house and we'd have long conversations. Because of COVID, we sat on my porch just last year and talked instead of going inside. He would offer advise on different things and would even give me contact information for several of his contacts in Washington DC. Most people didn't realize how close we remained for so many years. Some even thought we were enemies. Of course, we didn't always agree on everything, but we always knew that there's a difference between politics and being friends. Nothing stands between two friends and contrary to what some might believe nothing ever diminished our friendship. I'm really going to miss Billy. He did a lot for the good of all. More than many people will ever know. He was a man among men.

“The passing of our dear friend, City Councilman Billy D. Williams, is a great loss to our community. His legacy of lifting up those in need and giving a voice to the voiceless will live on through the works of those who follow in his footsteps. He, along with fellow City Councilman, Ed Robinson, worked tirelessly and unceasingly for the cause of social justice and equal opportunity. The transformative legacy and impact he has left on our city, region and state have made us both a more diversified and a more united citizenry. Billy D. promoted city and community over self. His authentic and outspoken voice for doing what was right resonated throughout all parts of our community, and left us a better city as a result. I will truly miss my dear friend.”

The passing of former Councilman Billy Williams represents the loss of another staple of our city. He served on the Florence City Council for 22 years, to include mayor pro tem for a period. Billy was an advocate for community development, with his advocacy for the citizens of the City of Florence reaching beyond our city's borders as far away as Washington, D.C. and political parties. We are grateful for his service. My condolences and prayers are with his loving wife and family.
Mayor Teresa Myers Ervin, Florence, SC

Billy Williams has definitely had an impact on the Florence Community and region. In my opinion, Billy Williams laid a great foundation for the young visionaries in our community. He had the ability to communicate with people in an effort to get them to work together toward designated goals. His leadership ability consisted of his empathy toward others, his ability to secure funds for various community projects, his tremendous insight into entrepreneurship, and he was a team player. Billy was devoted to his work, and he served, and performed his civic duty as a citizen wholeheartedly. Most of all, he had a great sense of humor, and Billy has been a good friend for many years.
Florence County School District One Board of EducationE. J. McIver

Mr. Billy D. Williams was a legend in the community. He was known as a man of the people for obvious reasons. To me, his greatest impact to the city of Florence, was his ability to obtain affordable housing for low-income residents in impoverished areas. Being a man of the people and championing their causes is the reason Mr. Billy D. Williams was able to serve on council for such a long time. And by doing that, he paved the way for me and other minority council members to confidently serve today.

He was a mentor of mine. He served this community with distinction. He represented his constituency on the local, state and national level. He most recently served on the executive committee of the Florence Branch of the NAACP. We have lost a great dean. His political prowess will be missed across South Carolina and the nation.

Billy Williams was truly someone that embodied the spirit of Florence. He became a civic leader to give back to the very community in which he lived. He was always humble and after being elected and then reelected he would say it was an “Honor to serve the people of District 1. He would work tireless in his effort to improve the lives of African Americans in every area of life. He was the founder of William Upholstery on Dargan Street in the North Florence African American Business District. It was a family legacy for the Williams family, his sister the late Hattie Crews operated a Beauty Shop, Brother-in-law “Moe the Rooster” owned a record and photography shop, Niece Iona Crews owned the African American Art Studio. Mr. Williams was always proud to share the history of the “Florence Black Wall Street.” He was instrumental in the dedication of the African American Business District. His Memory was Impeccable of his growing up during segregation and later the Civil Rights movement. His work as an entrepreneur was known in cities across America. I remember how proud my father was when he did the drapery for our house. It was astonishing and everyone would be in awe of the beautiful craftmanship and detailed work of Billy Williams. When we opened the doors of the Pee Dee Minority Health Office on Warley Street Billy Williams work was in every office the carpet and drapery was a Masterpiece and admired by everyone that entered the doors. Spotlighting Billy Williams works as a Civil Rights Activist-he worked for Civil Rights nationally and locally from the street corners to conference rooms. He was always looking at ways to help the people of color and advance the cause. What would it have been like for African Americans if it had not been for freedom fighters like Billy Williams some people may ask? Billy Williams was a Drum major for justice. I have learned some important lessons in my lifetime by watching, sitting at the table and observing activist Billy Williams. He was a strategist that believed in the greatness of ordinary people. He will be remembered as one of the giants in the Civil Rights Movement. Rest Sir, your legacy will live on for generations to come. Thank you God for sending Billy Williams our way, all the Honor and Praise belong to you.

Minister Buquilla Ervin-Cannon
The city of Florence, the 7th Congressional district, FCDP, his community, and the SCDP loss an icon. The work he did while serving on City Council for 22 years resulted in the changes to the City as well as his community you see now. Mr. Billy was not only a man for all the people, he was a man of his word any promise was kept.

His contributions to the City, his community, his church and the FCDP cannot be measured and the Loss will be felt for a long time.

**Florence Democrats and all who would like to pay respects: please see below for information on the service arrangements for Mr Billy Williams.**

Homegoing Service for Billy DeMorris Williams who passed away on 9/4/21 at 82 years old:

Because it will be a drive up/outdoor service in the parking lot, there will be no viewing on 9/12/21.

The service will be streaming on Facebook page for Ideal Funeral Home. If you miss the live stream, it will be placed on the funeral home's website.

What Will Make For A Brighter And Better Tomorrow?