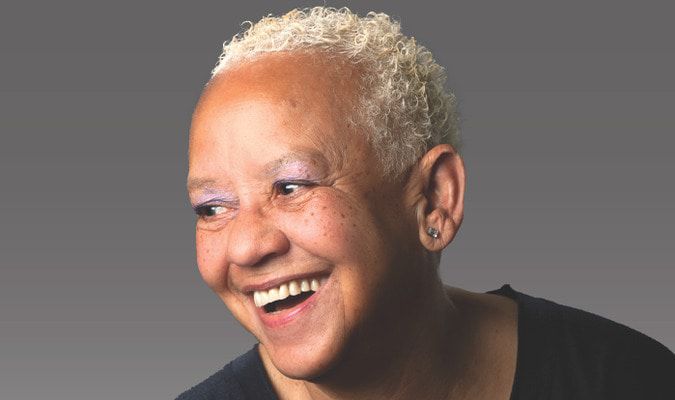 Poet Nikki Giovanni will be the guest of Friends of the Florence County Library for a virtual event at 7:00 P.M. on November 16, 2021.

Yolanda Cornelia “Nikki” Giovanni was born in Knoxville, Tennessee, on June 7, 1943, and raised in Cincinnati, Ohio. In 1960, she entered Fisk University in Nashville, Tennessee, where she worked with the school’s Writer’s Workshop and edited the literary magazine. After receiving her bachelor of arts degree in 1967, she organized the Black Arts Festival in Cincinnati before entering graduate school at the University of Pennsylvania and Columbia University.

Her honors include a fellowship from the National Endowment for the Arts in 1970, the Reverend Martin Luther King Jr. Award for Dedication and Commitment to Service in 2009, three NAACP Image Awards for Literature in 1998, the Langston Hughes award for Distinguished Contributions to Arts and Letters in 1996, as well as more than twenty honorary degrees from national colleges and universities. She has been given keys to more than a dozen cities, including New York, Los Angeles, Dallas, Miami, and New Orleans.

Several magazines have named Giovanni Woman of the Year, including Essence, Mademoiselle, Ebony, and Ladies Home Journal. She was the first recipient of the Rosa Parks Woman of Courage Award. She has served as poetry judge for the National Book Awards and was a finalist for a Grammy Award in the category of Spoken Word.

This virtual event is made possible by a Growth Grant from South Carolina Humanities, with funding provided by the National Endowment for the Humanities as part of the AMerican Rescue Plan of 2021.

Information on how to accessthe live virtual event and pre-recorded presentation will be available on the FLorence County Library websiteat Florencelibrary.org. or by call (843) 413-7074