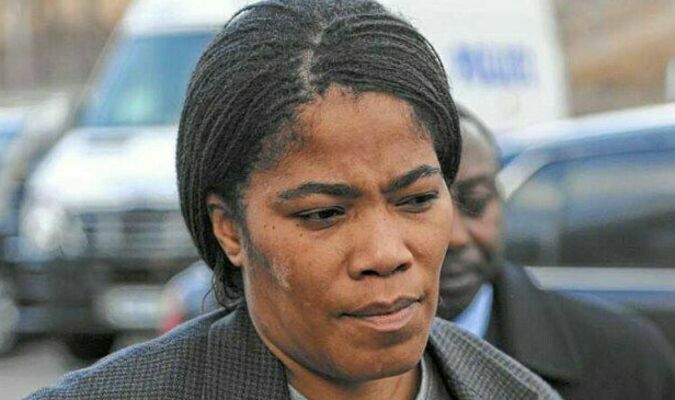 Authorities said they found Shabazz, 56, unconscious and unresponsive inside her home on East 28th Street in the Midwood section of the borough just before 4:30 p.m.

Malikah Shabazz, the daughter of cultural and civil rights icon Malcolm X, was found dead inside her Brooklyn home on Monday, November 22.

Authorities said they found Shabazz, 56, unconscious and unresponsive inside her home on East 28th Street in the Midwood section of the borough just before 4:30 p.m.

One of five daughters to Malcolm X and the late Dr. Betty Shabazz, Malikah shares a twin sister named Maalka. The twins are the youngest of the Shabazz children.

The sad news comes only days after investigators and a New York judge cleared the men convicted in the 1965 assassination of Malcolm X at the Audubon Ballroom in Manhattan.

Muhammad Aziz and the late Khalil Islam were both exonerated after serving decades in prison for the fatal shooting of Malcolm X.

The state granted Aziz parole in 1983, and authorities released Islam in 1987.

Mujahid Abdul Halim, who police arrested along with Aziz and Islam, confessed to the shooting, and in 2010, Halim was paroled.

“My heart goes out to her family, the descendants of Dr. Betty Shabazz and Malcolm X. Dr. Shabazz was pregnant with Malikah and her twin sister, Malaak, when Brother Malcolm was assassinated. Be at peace, Malikah.”

In a conversation in New York last month with the Black Press of America, Ilyasah Shabazz, the third daughter in the family, remarked about the closeness of her family.

“We talk and get together as much as we can,” Ilyasah Shabazz said.

“We are close, and we love each other. We always look forward to our zoom get-togethers, and we love it when we can get together in person.

Investigators Exonerate Men Convicted in The 19...

Are Genetics Raising Your Risk of Inherited Can...