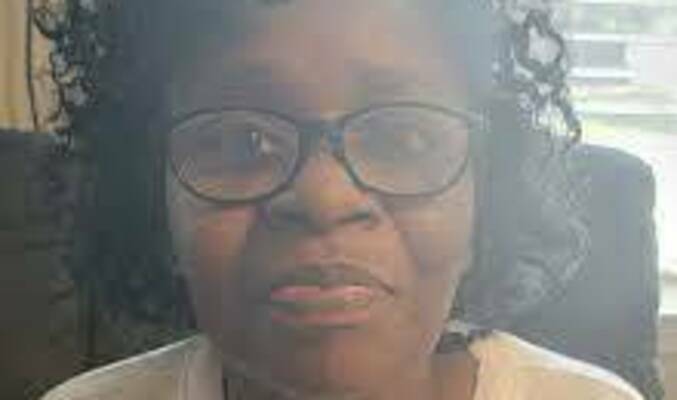 CHARLESTON, S.C.- Debtors' prisons have a long history in America. From the late 1600s through the early 1800s, debtors' prisons existed across the United States. Debtors who could afford to pay would pay their fines and were allowed to leave but those who couldn’t either worked to pay off their debts or remained incarcerated until they died.

This practice continued until the early 1800s when legislation was passed to change the system so that debtors would pay only what they could afford, and the remainder would be absolved. In 1833, debtors’ prisons were banned at the federal level in the U.S. But states were allowed to continue to imprison people for their debt.

In the 20th century, the U.S. Supreme Court affirmed the unconstitutionality of incarcerating people who were too poor to repay their debts on three separate occasions according to the Marshall Project. The 1983 landmark decision in Bearden v. Georgia required judges to differentiate between those who cannot pay their debts and those who can but refuse to pay. The Supreme Court cited the 14th Amendment, finding that it prohibits incarcerating people for nonpayment of court-imposed fines or fees without first determining a person's ability to pay and seeking alternatives for those who can't pay. Despite these rulings, courts continue the practice of incarcerating individuals for failing to pay their debts.

On June 1, 2017, the American Civil Liberties Union (ACLU), filed a federal lawsuit challenging the illegal arrest and incarceration of poor people in Lexington County, without a hearing or representation by counsel. Victims can avoid jail only if they pay the entire amount of outstanding court fines and fees up front and in full. Indigent people who are unable to pay are incarcerated for weeks or months without ever going before a judge, having a court hearing, or receiving help from a lawyer. The complaint, Brown v. Lexington County, was filed in the U.S. District Court for the District of South Carolina. It cites violations of the U.S. Constitution’s Fourth, Sixth, and 14th Amendments.

In August of 2021, 56 year old Katie Page a grandmother of five and mother of six was arrested in Charleston County and ordered to serve 180 days in jail without a bond. Charleston County’s 9th circuit Judge Spiros S. Ferderigos, granted an attorney’s request to arrest Katie Page for failure to pay a debt to an attorney of whom she was not a client but to whom she was held liable for the reimbursement of legal fees after a family member sued Page and won custody of her deceased daughter’s children. The family member later successfully sued Page for their attorney’s fees which is what Page was later arrested for failure to pay. This is not just an issue in Charleston, all across the state people who are unable to pay court, traffic or fines for other low-level offenses are sentenced to jail regardless of their ability to pay a debt. According to Page, she was forced to miss much needed eye surgery due to her incarceration and many others have lost their jobs and homes due to what the ACLU deems “illegal incarcerations.”

There are many people across the state with stories similar to Katie Page’s. Susan Dunn, legal director of the ACLU of South Carolina said, “Debtors’ prisons have long been determined to be unconstitutional, but some of the courts in South Carolina have been participating in that practice regardless.” That is why on June 1, 2017, the American Civil Liberties Union filed a federal lawsuit challenging the illegal arrest and incarceration of poor people in Lexington County without a hearing or representation by counsel. The only way that victims can avoid incarceration is if they pay the entire amount of outstanding court fines and fees in full. Poor people who can not afford to pay are incarcerated for weeks or months without ever seeing a judge, having a hearing, or receiving assistance from an attorney. The result is what the ACLU referred to as “one of the most draconian debtors’ prisons uncovered.”

The poverty rates for people of color are more than double the rate for white residents in the county which means these debtor’s prisons disproportionately impact Blacks and Latinos. According to the ACLU, debtor’s prisons undermine the criminal justice system and threaten civil rights and civil liberties. According to the Fines and Fees Justice Center (FFJC), southern states rely on fines and fees to fund a sizeable portion of their budget. They also indicate that “much of a jurisdiction’s fine and fee revenue is not being collected from local residents, but instead from people who do not reside in the town or city.”

Katie was released from prison on November 30th, 2021 after having served four months. She was ordered to pay $100 each month until the $20,000 debt is paid in full. According to Katie, “It was stated that if I miss one payment then I will spend a year in debtor’s prison. I barely survived the 4 months and do not want to go back.” During her incarceration she stated that she witnessed women committing and attempting suicide. She also lost her job and is in danger of losing her home. “Since my release it's been hard for me to get out of bed and to do the things I enjoyed before this happened,” she stated.

These practices have decimated Black communities and severely constrained civil rights and human rights. These racially – biased policies are a manifestation of the longstanding war on people of color. These practices have disrupted millions of Black families and severely damaged Black communities across the state. It could not be clearer that it is unconstitutional to jail someone for failing to pay a fine if the person lacks the ability to pay. Despite it being abundantly clear that constitutional command is, it’s completely apparent that jailing people for being poor is common practice in courts across the South. Around the country, courts are recognizing the injustices inherent in debtors’ prison practices and many of them are undergoing reforms. It’s time for South Carolina to do the same.

Katie Page lives each day in fear that she will be unable to make a payment and be returned to Charleston’s debtor’s prison. “No one should have to live like this,” she said. The ACLU, people across the state and the United States Supreme Court agrees with her, but the practice continues. Page has established a Go Fund Me account entitled ‘Recovery from Debtor’s Prison’. The account has raised a mere $750 of its $5000 goal.