What Role Will Guns Play In Our Society? 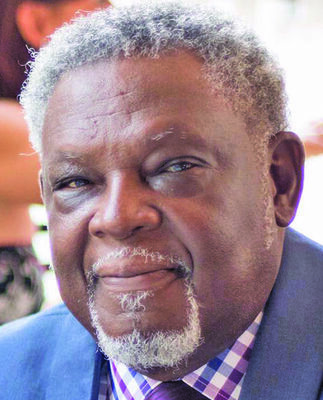 **Editor’s note: The views and opinions expressed in this article are those of the author and do not necessarily reflect the opinions of The Community Times Newspaper, it’s staff or advertisers.**

This week, we attempt to put some specificity into the conversation surrounding guns. The word “guns” seems to carry some type of stigma. With all of the local shootings that have transpired lately, there is still a reluctance to blame the violence on guns. It is as if politicians understand not to make mention of the real culprit, which are the plethora of guns that have been put into the hands of everybody who wants one. There are people who have guns just because of the popularity of owning a gun. It has even become stylish to wear a gun on one’s person. And don't even mention how white males have made it a significant issue of civil rights. It brings back to mind a local congressman who made his foray into politics by announcing his support for guns. He even went so far as to attempt to get legislation passed that would allow guns to be carried by school personnel. I don't know what particularly happened to his legislation, but I do know that was during a transitional period allowing weapons to become a major part of the legislative discussion. Congressman Phillip Lowe was adamant guns were the solution to the problem of violence. We can only wonder now if he has had a change of mindset since it has become all too obvious guns have played a pivotal role in the escalation of violence.

There is no single person responsible for the violence that has transpired. The gun manufacturers have played a significant role in the escalation, as well as the National Rifle Association. They all have contributed to making gun ownership appear to be a constitutional right. What has to happen now is, as Americans we must rethink our priorities. How important are guns to the well-being of Americans, and how much significance should be put on gun ownership.

One thing, for sure, is there can never be any major changes made to the problem of too many guns being made available to too many people. If politicians are taking the position that talking about guns is a hands-off subject, we are pretty much in a no-win situation. We have never seen so many people double talking, as when politicians discuss the violence that has been brought upon us by the liberal way guns have been offered to everyone who wants one. They talk about prayer and all the other things that need to be done while carefully avoiding the eight-hundred-pound elephant in the room, which are the guns themselves.

We don't know why the Democratic Party does not make gun ownership more of an issue to make Republicans defend gun owners as a conservative right. But we guess it is because there are a number of democrats who hold some of the same positions on guns. The truth is both groups need to remember the time when everybody didn't have a gun. There was a periodic shooting, but nothing to compare with the savagery that can be attributed to our society now since this obsession with guns has taken hold. So, we will take the unpopular stance of calling gun ownership the obsession gone wild.

The time has come for American society to take a stand against the move that some call "boys wanting to have their toys." Another central truth is that gun ownership has never been the controversial issue it has been turned into. The issue is that some have distorted the way we think about guns, we are literally supposed to stop thinking about the apparent danger that goes along with gun ownership and start thinking of guns as the solution to all other types of violence. When guns are seen as tools for hunting and the occasional sporting event, they are not nearly as dangerously devastating. When will we get around to calling on our legislators to begin the difficult, but real discussion about rescinding the failed notion that everybody having guns will magically be the solution to violence? The second amendment called for the arming of militia's, not the inundation of guns into society. Now is the time to see who has the temperament and necessary characteristics to provide the leadership needed to get us on the road to becoming a more sustainable and peaceful society. FOOD FOR THOUGHT; shall you join in the fight to restore our society to some sense of normalcy, or will you be one of those who will wait until tragedy hits your neighborhood or home?

Wake up, and stop letting people convince you that you need to be in possession of a weapon to feel safe. Safe neighborhoods are the product of rational people coming together and supporting safety and togetherness with rational ideas.