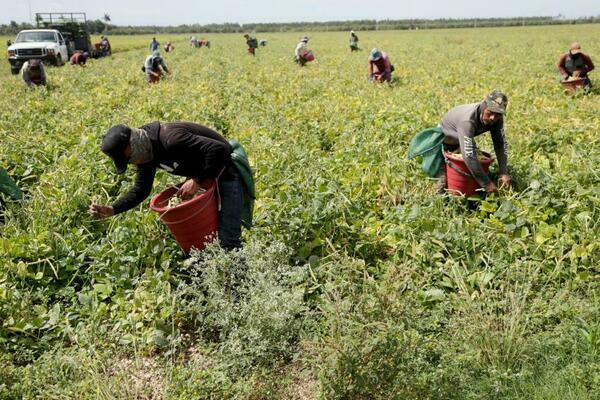 We are deeply concerned about banning the legal sale of menthol cigarettes and the impact that will have on Black farmers. The ban has both serious economic and racial justice implications. At a time when Black farmers and growers have struggled to get COVID relief funds, inflation continues to increase, and supply chain issues continue to affect the agriculture industry—we are struggling to stay afloat and make ends meet. Black farmers and growers need more jobs, not less jobs. We ask the Biden Administration establish a commission to receive input from affected stakeholders and carefully consider both the economic and criminal justice implications of this proposed ban.

Tobacco farming has a long, rich heritage, not just for white people, but especially for Black farmers and growers. This history has been passed down through multiple generations because historically, we have been the ones growing tobacco. My mother's father was sharecropper. My dad's father was a farmer. They both grew tobacco, and that was all my family knew. For several generations, tobacco farming has been not only a source of income, but a source of pride. Our parents and grandparents would be very upset if we had to give up growing. Multi-generational farming is how we have instilled values from one generation to the next. My family was not alone. There were and are several more families, just like mine. It is part of our story. Tobacco farming is how many of our families have created generational wealth, knowledge and how we have made the American Dream a reality.

Black farming in America has always been a struggle. From owning and operating land independently to overcoming economic and social barriers , we have constantly had to work twice as hard. There has long been a systematic pattern of discrimination that the U.S. Department of Agriculture acknowledged this decades ago. Black farmers have experienced a long history of exclusion from federal farm programs. This history government-sponsored discrimination, has almost destroyed the Black farmer population. Even today, proposals to compensate farmers for past wrongs have languished in controversy and red tape—as have earmark proposals as part of the Biden Administration’s American Rescue Plan and Build Back Better.

In 2017, there were only 48,697 farmers who identified as Black– accounting for approximately 1.4 percent of the U.S. farmer population. Almost all of the Black farmers and producers live in the southeast. We tend to be older and have served or currently serve in the military – which means this menthol cigarette ban will disproportionately and predominantly hurt Black seniors and veterans in the South.

There are other tobacco-related secondary Black-owned businesses and small businesses, which will also feel the devastating impact of the ban. Like Black farmers and growers, many Black-owned small businesses are finding it harder and harder to stay in business, as they face labor shortages, high inflation, and supply chain issues. Now this tobacco ban will force owners to deal with another economic hardship with unknown and unintended consequences. In addition to small retailers, like convenience stores and gas stations, who will likely have to give up approximately 30% of their inventory, there are other businesses that are also involved indirectly with the tobacco farming, like those involved with the selling and maintenance of tractors and businesses who sell things like fertilizer and seeds that will be negatively impacted. Any tobacco ban will not only hurt farmers, but also small businesses and small towns.

The Biden Administration has stated numerous times their desire to help Black farmers, but the menthol ban could undo all this Administration's efforts to help our Black farmers. Tobacco bans will cause more job loss of good union jobs. Tobacco products are produced and distributed by highly paid and highly skilled union workers. Union jobs are the backbone of the industry. During this economic recovery with high inflation, we need to support union workers and keep costs low.

Black farmers should not have to deal with the economic consequences of a biased government that always takes into account a predominately white-led viewpoint on what should be done in the Black community, our community—what we should smoke, what we should eat, and what we should grow. It is always under the guise that it is in the “best interest” of the Black community and for our health and well-being, even though there has been little done to address the disparities and inequities within our healthcare system.

Menthol cigarette bans clearly take aim at people of color communities and older people who struggle with addiction. There are far better solutions for reducing cigarette usage than criminalizing menthol cigarettes and turning our Black men and boys over to the broken criminal justice system. We believe the Biden Administration and the FDA should support more community healthcare and smoking cessation programs versus making menthol cigarettes illegal. There is overwhelming evidence that consumer education, public awareness campaigns, interventions and other non-criminalization policies work to decrease smoking rates. It is time to use evidence-based solutions to combat drug and tobacco problems, not criminalization policies that will hurt Black farmers and leave our young Black men and sons to face a broken criminal justice system that is latent with generations of systemic racism.

Let me be clear, we are not advocating for people to smoke. We do not think that smoking is good. We do think that Black people should have the right to decide, for themselves, what they chose to consume. In the United States cigarette consumption is on the decline, especially amongst youth. Black people should have the freedom of choice, the freedom to make and earn an honest living while farming, and not have the government criminalize Black farmers.

This is our heritage. This is our legacy. There is a lot of pride in being able to farm on land that my great-grandparents farmed. I wish so many times that my grandfather could see so many of the things that we are doing today, but if we, Black farmers, continue to fade away, I fear my grandchildren will only know of Black farmers for stories my children tell them. We have families who have been farming for six generations harvesting the crop for well over 100 years. This menthol ban will most certainly ensure there will not be a seventh generation of Black farmers in their families. Even worse, the Biden menthol ban will make my family’s longest enduring tradition a gateway for our future incarceration. The Biden menthol ban will kill Black farming in America.