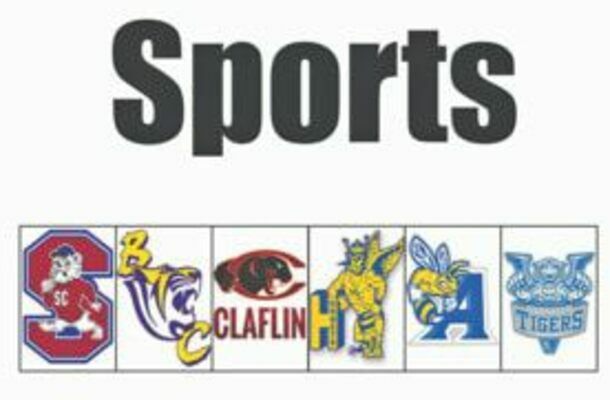 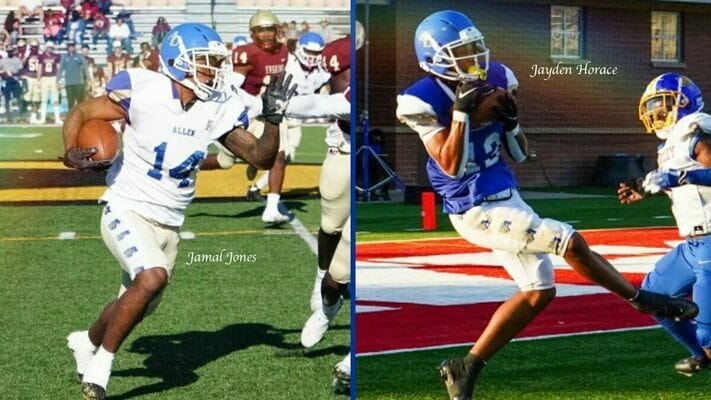 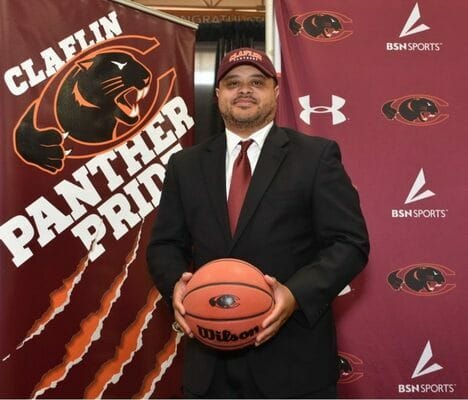 Jones and Horace combined for a total of 1,338 receiving yards and 90 receptions, along with 11 touchdowns during their freshman campaign.
Jones is a rising sophomore who hails from Armwood, Fla. Not only did he lead the Yellow Jackets in every receiving statistical category, but he also led the SIAC in receiving yards per game with 110.9 and in receptions with 7.7 per game. Additionally, he finished second in the SIAC in total receiving yards with 776. In a three-game stretch during the month of October, Jones went for over 130 receiving yards in each of those three games.

The Yellow Jacket offense which ranked number one in total offense with over 420 yards per game, also received contributions from Jones in the rushing game. After producing a monstrous year as a freshman, Jones will certainly be looking to follow that up with an even better sophomore year.

Jamal Jones' running mate, Jayden Horace, is a 6'1 sophomore receiver from Tampa, Fla. During his first season as a Yellow Jacket, he was able to rally in 562 receiving yards on 36 receptions with four touchdowns while averaging 80 receiving yards per game. In each of those categories, he finished inside of the top three in the SIAC. He too will be looking to pose an even bigger threat to defenses in his sophomore year.

Brion (pronounced Bree-on) Dunlap was announced as Claflin University’s new head coach for men's basketball on Thursday, May 19, during a press conference at the Jonas T. Kennedy Health and Wellness Complex. Dunlap was chosen to lead the program following a national search.
"This is a great opportunity," said Dunlap. "I look forward to working with two outstanding leaders – Claflin President Dr. Dwaun Warmack and Athletic Director Tony O'Neal – that want to win. They've been winners all their lives, and I'm trying to be a part of a winning program. Winners create winners, and that's my goal. To produce championships, raise banners, and most importantly, see every student-athlete who comes to our program walk across the stage to get their degree and raise banners that will last forever."

Dunlap comes to Claflin after a successful stint at Harris-Stowe State University, where he spent five successful seasons with the Hornets. He compiled an 81-56 overall record and won three American Midwest Conference (AMC) Tournament Championships (2017, 2018, and 2020). His tenure produced several players who earned All NAIA and All-AMC honors. "This young man took over a program [Harris-Stowe] a few years back … and he built a successful program," said Claflin University Director of Athletics Tony O'Neal. "Everybody talks about building a great team. Legacies are built on great programs."

Dunlap is a 1998 graduate of Old Dominion University, where he earned a Bachelor of Arts degree in human services counseling. He was a four-year starter with the Monarchs and led the team to two NCAA Tournament appearances and two Colonial Athletic Association (CAA) championships. Dunlap was named to the CAA All-Rookie team in 1995 and the CAA All-Tournament team in 1997. He earned Chevrolet Player of the Game honors following Old Dominion's 59-55 loss to New Mexico in the first round of the 1997 NCAA Tournament. He still ranks among the CAA's all-time leaders in career assists.