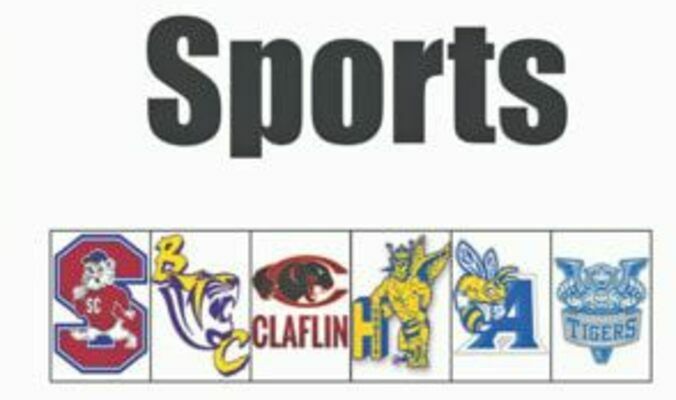 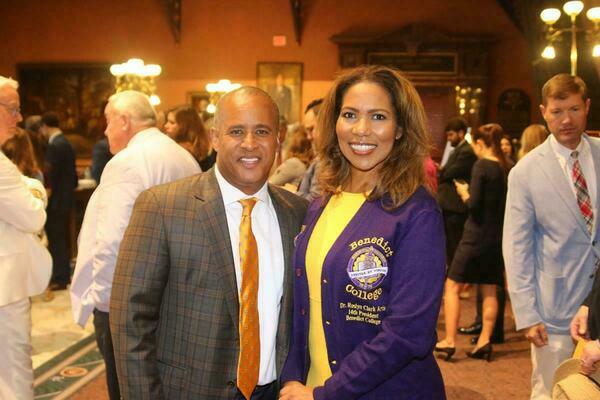 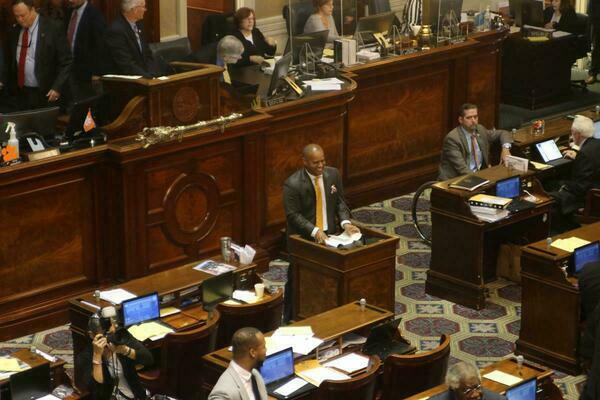 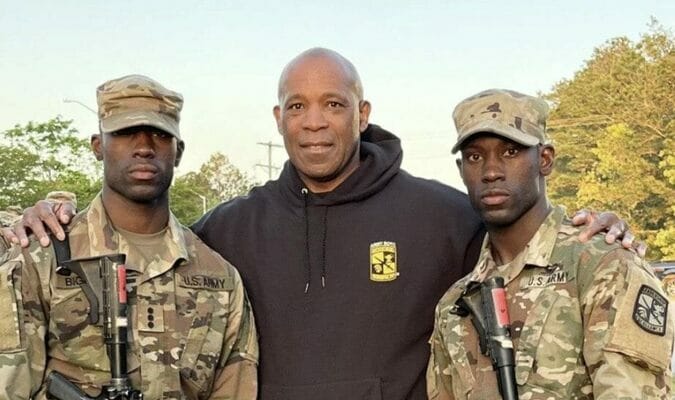 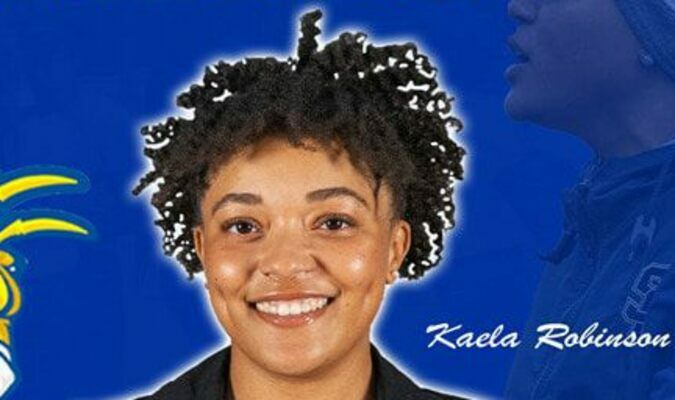 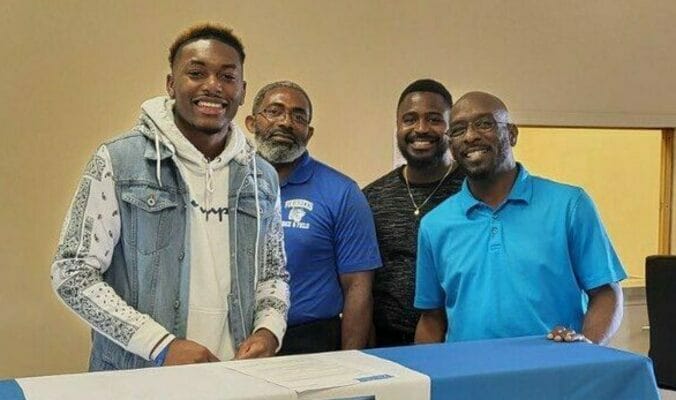 Incoming Student-Athlete Commits To Academic And Athletic Scholarship
Previous Next

On the floor of the SC Statehouse, Representative Rutherford celebrated the six SIAC championships won by the BC Tigers this year and the Voter’s Choice Championship title given to the Benedict College cheerleading team.

The Claflin University Department of Athletics will host its second annual Paws Up Golf Classic at the Lake Marion Golf Club on July 8, 2022. The Classic will offer opportunities for both individuals and teams to compete in a tournament at the beautiful Lake Marion Golf Club along with a host of special guests including several former professional athletes.

To register to participate in the tournament or to sign on as a sponsor, visit https://alumni.claflin.edu/paws-up-golf-classic-.

Benedict College identical twin brothers in the ROTC program made history recently at Fort Jackson South Carolina. The identical twin brothers Juwan and Travon Biggers are recent graduates of Benedict College and earned their “Expert Soldiers Badge” (ESB) after completing and meeting all standards during the two-week course at Fort Jackson. The Biggers brothers are the first and only ROTC cadets in recorded American history to earn their ESB.

"I am excited to have Kaela (Robinson) take over our softball program and add stability," said Cox in regard to the hiring of Robinson. "She played an integral part in the success at Stillman, and I feel that she will be a valuable asset to Allen University. I look forward to watching Coach Robinson grow our softball program into a contender." Robinson, a product of Columbia, S.C., arrives from Stillman College where she served as an assistant coach during the Tigers 2022 campaign. While at Stillman, Robinson assisted in recruiting efforts, created practice plans and tracked student-athlete attendance and eligibility.

"I am absolutely honored, and I thank God for allowing me to become the head coach of the softball team at Allen University," said Robinson. "I graduated from Claflin University in 2019, where I was a student-athlete. I am elated to have graduated from, and have now become, a coach at a Historically Black College and University (HBCU). I look forward to being a part of helping to build a program centered around a culture that nurtured me throughout my collegiate career."

In addition to her experience at Stillman, Robinson has spent time training athletes through her company 'Defensive Development' and serving as an assistant coach at Westwood High School. At Westwood, she planned pre-season strength and conditioning programs, while also planning softball clinics and fundraiser activities. Robinson enjoyed a decorated playing career as she played softball for four seasons at Claflin. During the 2017 season, Robinson helped the Panthers win the Southern Intercollegiate Athletic Conference (SIAC) Championship. She followed up her solid 2017 campaign in 2018, being named to the SIAC All-Tournament Team. In her senior season (2019), Robinson was tabbed All-Central Intercollegiate Athletic Association (CIAA) Second Team at shortstop.

Despite a difficult 2022 campaign, Robinson is optimistic about the future of Allen softball.

Crescent High School graduate Eric White, Jr. has committed to an Academic and Athletic scholarship with Voorhees University. The SCHSL Track and Field State Champion will attend Voorhees in the fall and represent our Voorhees Track & Field under the tutelage of Coach Jeffery Hughes. Welcome, Mr. White, to Voorhees University: The Next Level of Excellence.

Proceeds from the tournament will provide funds for tuition and incidental assistance to deserving students from Florence and Darlington County who attend SC State.

The event will include two longest-drive contests, two closest-to-the-pin contests, door prizes and mulligan packages. The tournament's format will be a four-person captain's choice, but individual participants also are encouraged to participate.

Golf attire is required -- collared shirts and slacks. No steel spikes are allowed on the course. All participants must be 14 or older. Special guests will include NFL Hall of Fame member Donnie Shell, an SC State alumnus and member of the university's Board of Trustees.

Registration will begin at 9:30 a.m. with tee-off at 11 a.m. The tournament is named for SC State alumnus Harry Carson, a retired inside linebacker who played his entire professional career for the New York Giants. Carson was inducted into the College Football Hall of Fame in 2002 and the Pro Football Hall of Fame in 2006. Carson earned his Bachelor of Science Degree in education in 1976.