Why Is It Important To Celebrate Juneteenth In The Hamptons? 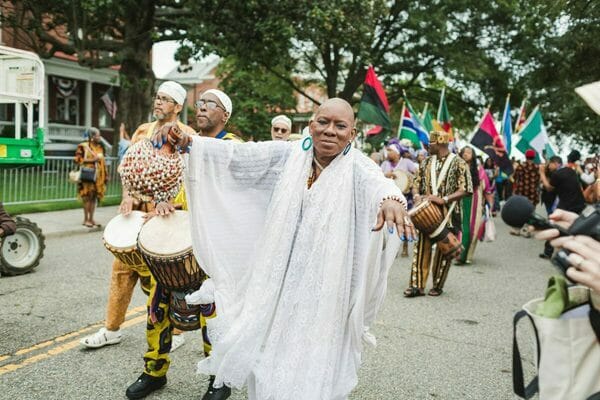 Juneteenth (officially Juneteenth National Independence Day and also known as Jubilee Day, Emancipation Day, Freedom Day, and Black Independence Day) is a federal holiday in the United States commemorating the emancipation of enslaved African-Americans. It is also often observed for celebrating African-American culture. Originating in Galveston, Texas, it has been celebrated annually on June 19 in various parts of the United States since 1865. The day was recognized as a federal holiday on June 17, 2021, when President Joe Biden signed the Juneteenth National Independence Day Act into law. Juneteenth's commemoration is on the anniversary date of the June 19, 1865, announcement by Union Army general Gordon Granger, proclaiming freedom for enslaved people in Texas, which was the last state of the Confederacy with institutional slavery.

Long Island has a rich Black history dating back to slavery. In particular, the Hamptons which has a thriving and vibrant Black community to this day. Sag Harbor, a sub-community with a thriving Black presence is one of the four known beaches that Black people could swim in within the entire United States! Sag Harbor is known for its vibrant culture, historical landmarks, and thriving community. Black Women in Media saw it only fair to highlight this community and commemorate Juneteenth in the Hamptons!

On Sunday, June 19th, Black Women in Media will host this year’s Juneteenth Celebration in Long Island NY. Over 250+ guests will join us for an exclusive celebration which includes charter transportation to and from the Hamptons, a red carpet experience, cocktails and tour of the Southampton African American Museum (SAAM) which highlights the awe-inspiring and powerful history of Black people in the Hamptons, dating back to slavery. After the museum tour, guests will be escorted to a beautiful and exclusive beach in Southampton where they will be greeted with a welcome ceremony, passed champagne and hors d’oeuvres, and enter one of the most exclusive and fabulous Juneteenth celebrations in New York.

Stop Allowing People To Do Wrong While Hoping I...