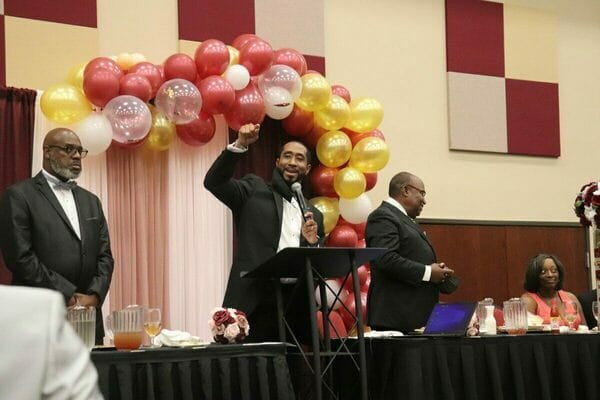 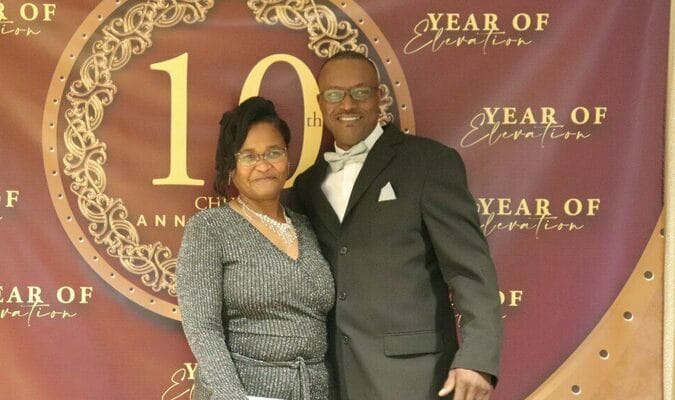 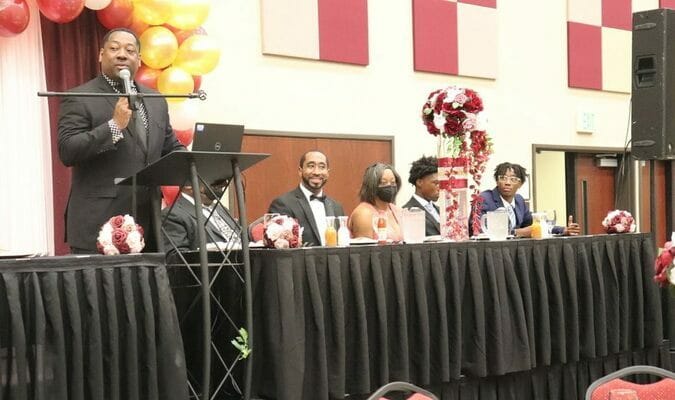 Anointed Word Bibleway Church of Timmonsville celebrates it’s 10th year of service during the month of July. The church held the 10th Anniversary Banquet at Florence-Darlington Technical College’s SiMT Building on Saturday, July 16, 2022 with Bishop Theodore Myers as guest speaker. A memorial candle lighting for members who transitioned was held during Sunday service on July 17, 2022.

In August 2010 the Lord pressed upon the heart of mother Margaret Boatwright to begin a Home Bible Study with her children. After 2 weeks, Pastor Tommy Milo dropped by to share with the family that the Lord instructed him to connect with them and start a Bible Study. Knowing that Pastor Milo was unaware that she had already started a Bible Study; Mother Boatwright accepted this as confirmation. That night Pastor Milo taught his first Bible Study. The Presence of God was there and at every service thereafter. Weekly Tuesday night Bible Study became weekly Saturday Morning Prayer Breakfasts. Through word-of-mouth testimonies and invitation, more people began to come and more souls received Salvation. Due to the influx of people the need for more space became a necessity. The services were moved to one of the top floors of Country Hearth & Suites Hotel. One of Mother Boatwright’s daughters referred to it as the “Upper Room Experience”. During this time a second service, Sunday evenings, was added and the church attendance continued to grow. It was during this time that the ministry was blessed to meet the late Sister Sheila S. Kennedy. Before departing this earthly life, she made an unforgettable impact on this growing body of believers with her commitment to the Lord’s work and her abundant love.

In the latter part of 2011, Pastor Milo was instructed by God to attend Temple of Faith Bible Way Church(Gadsden, SC) to be mentored by Bishop Theodore Myers. Through this mentorship, the Anointed Word family became spiritually stronger and made the decision to join the International Bible Way Church of Jesus Christ, Inc. More people continued to come and again there was the need for more space. Services were moved to Wingate Inn, and during this time not only did membership continuously grow, but relationships were formed with other churches. It was through fellowship and association with the late Bishop Burton Ross (New Life Assemblies of God; Florence, SC) and the Assemblies of God organization that the Lord showed the ministry favor and blessed us with the property on Alligator Road. As time went on and the ministry kept growing, it became noticeable that often there was standing room only. Pastor Milo had the vision to relocate to the heart of Timmonsville, an area where prior community outreach efforts were done in the past, and where many members reside.

At the beginning of 2018, the vision to relocate became more than just a dream. Pastor Milo along with the Executive Board met several times with banks and key stakeholders about the current property located on Byrd Street in the heart of Timmonsville. That year was spent making the dream a reality and in December of 2018, the Lord blessed the ministry to usher in the new year in a new location with a greater seating capacity. The relocation was not only a historic move for the ministry on its seventh anniversary; it also signified an element of change and hope for the local community. The building itself was a notable monument in the heart of the city and its transition into a diverse place of worship will surely be one to celebrate and be a part of.

True ministry is not confined to the walls of a facility. Under the guidance of Pastor Milo, the plans for the ministry include making a positive impact on the socio-economic development of the community utilizing various outreach programs, unifying the members to solidify and exemplify the meaning of being one in Christ, ministering to others with the ultimate goal of Salvation, and simply to preach and teach to as many possible, the Gospel of Our Lord and Savior Jesus Christ. It is our desire to live out the declaration of Luke 4:18-19. We are excited about the future that the Lord has planned for us, and we are moving forward with love and unity to accomplish all that God has for us to do according to His Holy Will.