The Hypocrisy Of Racism, Or Racial Schizophrenia 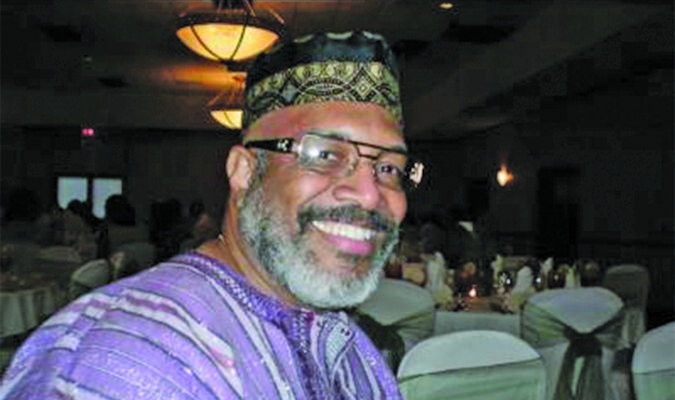 Why is it that racists make out that Blacks are the worst of everything? Blacks are called ugly, dumb, lazy, sleepy, dirty, thieves, immoral, stupid, violent, ill-mannered, criminal, non-cultured and just plain inferior. Oh yes, and all Blacks look alike.

The suntan lotion industry is a multi-million-dollar industry. Suntan parlors are doing great business. There are some people who spend thousands of dollars for home tanning machines. This certainly seems paradoxical, if not downright hypocritical since many derogatory and insulting remarks aimed towards Black people begin with, “You black…” Many AUSA (Afrikans from the United States of America) have had the experience of having a white person place his/her arm next to theirs and say, “I’m almost as dark as you are.”

Most successful international models have “full lips” and “dark skin” and “exotic” and/or “dark beauty.” If they don’t have these features naturally from birth, millions of dollars have been spent on lip injections.

The bustle, which was a frame women wore under their dresses one or two centuries ago in Europe, gave the illusion of a full buttocks (or, as some people say, “junk in the trunk”). At that time the black female form was the standard of idealized beauty in Europe. Large buttocks form one of the anthropological characteristics of Black people. This is called steatopygia. The earliest and oldest cave drawings and fossil skeletons found in Europe exhibit steatopygia. These early Europeans were obviously black. In Victorian England, where bustles were most popular, a South Afrikan Khoikhoi woman named Saartjie Baartman was called the Hottentot Venus and was exhibited in freak shows. In today’s world, plastic surgeons become extremely wealthy crafting “junk in the trunk” for women, especially celebrities, some of whom have become well known for these features.

Dr. Asa Hilliard, the late Fuller E. Calloway professor of Urban Education at Georgia State University in Atlanta, GA, dealt with institutional racism in a quite excellent manner on the South Carolina Educational Television Program “For The People,” with producer/host, the late Mr. Listervelt Middleton (who was also an accomplished profound poet). Many of these programs are still available on YouTube.

The brilliant Senegalese scholar (historian, Egyptologist, author, Anthropologist, Linguist, Nuclear physicist), Cheikh Anta Diop formulated a theory known as the “Two Cradle Theory.” The essence of this theory is there is a division of all people into two basic kinds: The Southern cradle (Black Afrikans) and the Northern cradle (aryans or caucasians) and that each group has a cultural outlook based on response to climate from their beginnings in prehistory shortly after the first migration of Afrikans north into what is now known as Europe, before the last Ice Age, the Wurm Interglacial. Diop states that (among other characteristics), the Aryans were patriarchal and chauvinistic while the southerners were matriarchal. If this theory is to be taken seriously, it would follow that patriarchal people would suppress other men more than women since men were perceived (in their chauvinistic outlook) as most dangerous to themselves. The libidinous nature of the northerners also contributed to the course of events. Indeed, this relative sparing of and underestimation of the Black woman probably resulted in the survival of the Black race.

Drs. Price M. Cobbs and William H. Grier in their landmark book, “Black Rage,” profoundly stated that for Black men in this country manhood has been traditionally an ideal that required constant effort. This phenomenon began during slavery when attempts were made to make Black men psychologically and physically emasculated and totally dependent. Even today, assertiveness and aggressiveness in Black men are not qualities that are smiled upon. In fact, Cobbs and Grier state the Black mother raised their sons with ambivalence and intentionally blunted masculine assertiveness and aggressiveness in order to assure their survival.

How have Black men dealt with these facts? Dr. Richard Majors presented a paper before The American Psychological Association dealing with “cool.” In an article in American Visions magazine Dr. Majors stated that, “Cool is a fortress Black males have built against white American society.” He traces the survival technique called “cool” to the Yorubas of Western Nigeria, where it had a different function. I would recommend his book, “Cool Pose.”

The waste of brainpower because of these racist practices is appalling! These minds that are being wasted could be the ones to discover a cure for HIV, for cancer and for the common cold. Maybe these cures (and others) could have already been discovered. Imagine, if you will, just where we as a race (the human race) could have been if racism had never existed.

These oppressive methods, as well as racism itself, are alive and well in the 21st century. “Slips” of the tongue indicative of rampant racism occur at the highest levels in the American government.

Speaking of this society before closing, I’d like to leave you with some other thoughts on our culture. We live in a barbaric society. Violence pervades all levels. On TV, commercials glorifying warriors and fighting and violence abound. Many heroes and sheroes are violent loners. Video games and even cartoons are violent. Prime time TV is violent. Even if you look at the early history of comedy in this country, comedians like Laurel and Hardy, the Three Stooges, Abbott and Costello, The Marx Brothers, they were most funny when they were abusing each other physically and verbally. We find the picture of one man slapping another, inflicting physical and psychic pain funny? That is abnormal.

Are ZeroTolerance Policies Effective In Schools?

The Power Of Words And Labels: Psychological St...

Keeping It Real: Suicide, Public Health And The...