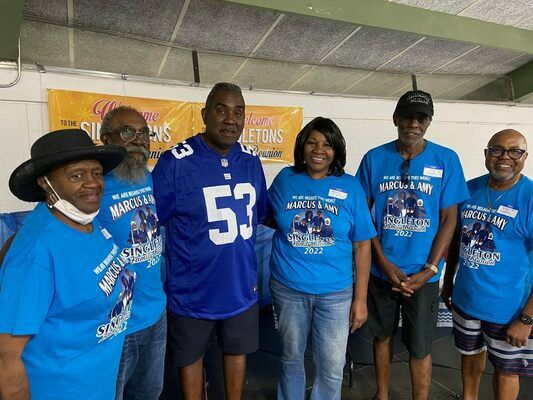 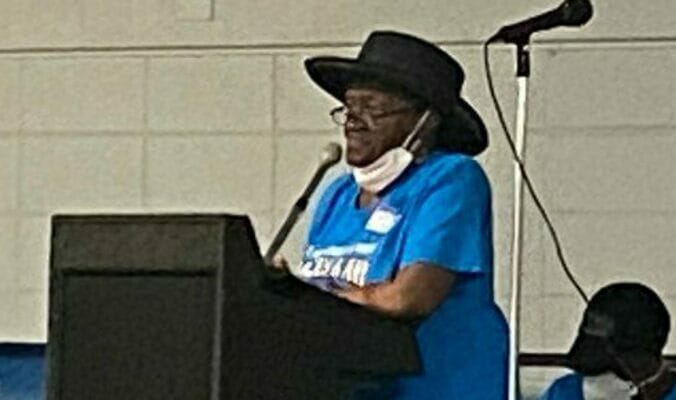 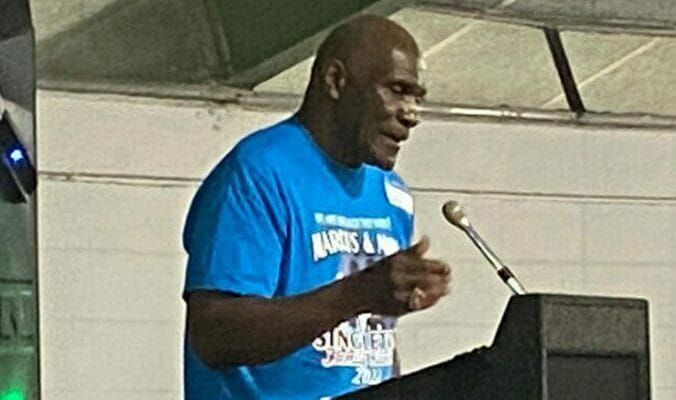 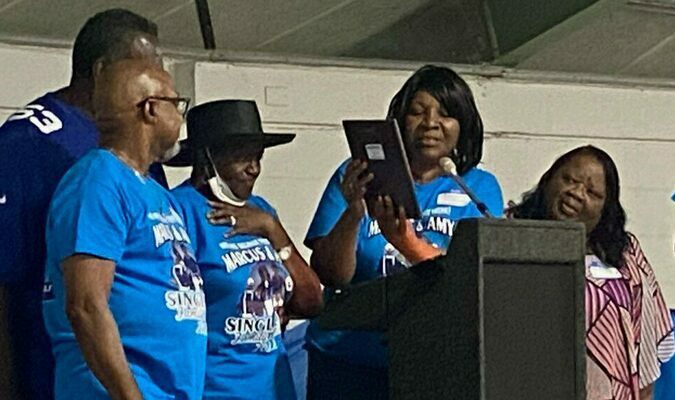 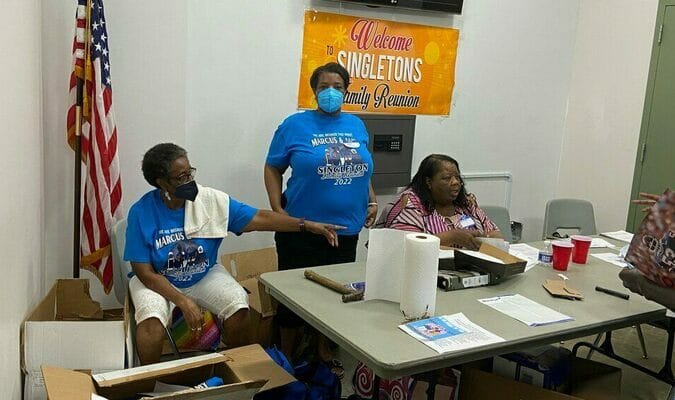 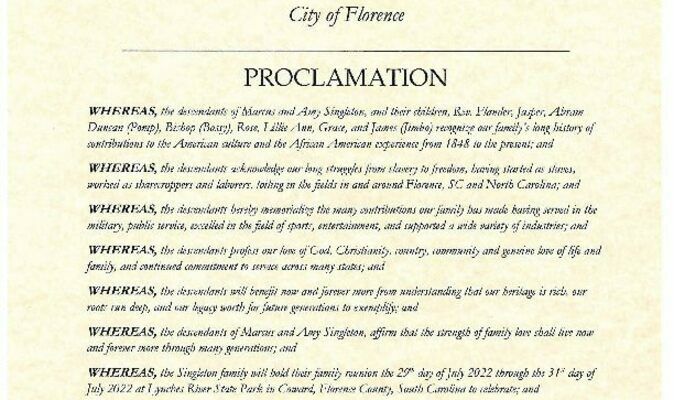 Marcus & Amy Singleton lived in the Friendfield Community of Effingham, South Carolina in Florence County. They were the parents of eight; five boys and three girls. They were members of Mt. Rona Baptist Church also located in the Friendfield Community and their children attended Mt. Rona Baptist Church School which was located on the church grounds.

MARCUS & AMY made their living as Share-Croppers of the John Myers Family. Many of their descendants continue to live in the Friendfield Community today.

REV. FLANDER SINGLETON was a Minister and served as Pastor of Elizabeth Baptist Church, Florence, South Carolina in Florence County and Spring Branch Baptist Church, Pamplico, South Carolina in Florence County. In addition, as a Businessman, he was part owner of Ideal Funeral Palor in Florence, South Carolina. Flander was married to Ethie James Singleton and they were the parents of two. Their children were Chaney Singleton and Herlene Singleton. Following the death of Ethie, Flander married Georgia Wheeler Singleton. Flander had two grandchildren.

JASPER SINGLETON made his living as a Farmer and Businessman. In addition to his brother Flander, Jasper solicited three other partners to invest in his idea of owning a funeral home. Ideal Funeral Parlor became a reality and remains in business today. Jasper was married to Early Christina Abraham Singleton and they were the parents of eleven; eight boys and three girls. Their children were Jasper Jr. (died at birth), Van Edith (Tee), Hazel, Ruth, Eric, Willie, Sam, Rhode (Roe), Rochester, Albert (buck) and John (Jay). Jasper had fifty grandchildren.

ABRAM DUNCAN “Pomp” SINGLETON was a Farmer and was married to Julann Singleton. They were the parents of eleven. Their children were Coty John Henry, Rosie Dora, Amy, Cora, Jessie Mae, Mildred, Ruby, Lee Vincent, Carrie Mae, Jeanette and Lubertha. Pomp as he was affectionately called, had thirty-three grandchildren.

BISHOP “Bossy” SINGLETON, a Laborer, was married to Ella Washington Singleton. They lived in Pittsburg, PA for many years and were the parents of nine. Their children were Maude Ester, Beatrice, Albert, Rudy, William, Mildred, Ella Mae, Mary Frances, and Estelle. Bishop had thirty grandchildren.

ROSA SINGLETON GARY was married to Walter Gary. She was a farmer’s wife and they were the parents of four children. Their children were Raymond, Beatrice, John and Hester. Rosa had twenty-seven grandchildren.

LILLIE ANN SINGLETON EDWARDS was married to Hezekiah Edwards. She was a farmer’s wife. They had two children. Their children were Annie Mae and Bernice.

GRACE SINGLETON EADDY was married to Silas Eaddy. She was the wife of a mill laborer and a farmer. Grace was the mother of six children. Two were still born. The others were Sadie, Jessie Mae, Chalmers, and Gladys. Grace had thirty-three grandchildren.

JAMES “Jimbo” SINGLETON was born January 2, 1904 and was the last surviving child. He made his living as a Farmer and Barber and lived in the Claussen Community of Florence County. Jimbo, as he was affectionately called, was first married to Queenie Brown Singleton. To this union, five children were born. They were Rosa Lee, James Jr., Annie Ruth, Andrew, and Starlene.

His second marriage was to Emma McWhite Singleton. This marriage gave him four step-children. Jimbo had ten grandchildren and twelve great-grandchildren.

Concert Series Saturdays On The Square Will Wra...