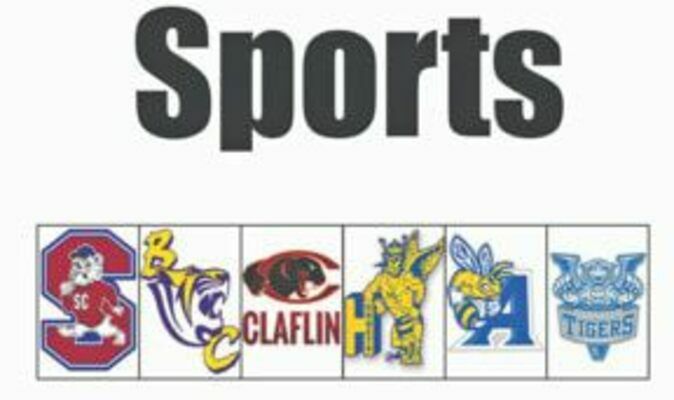 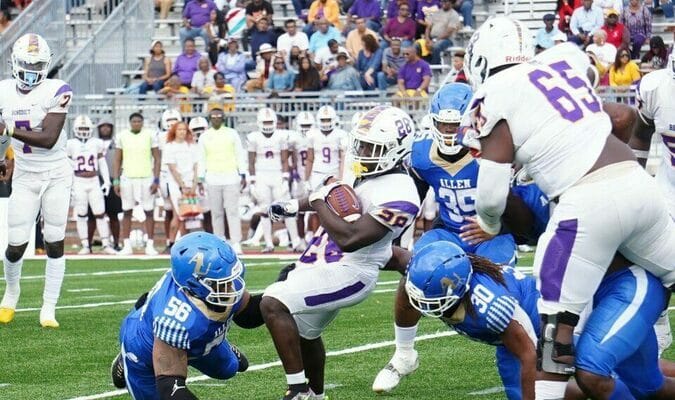 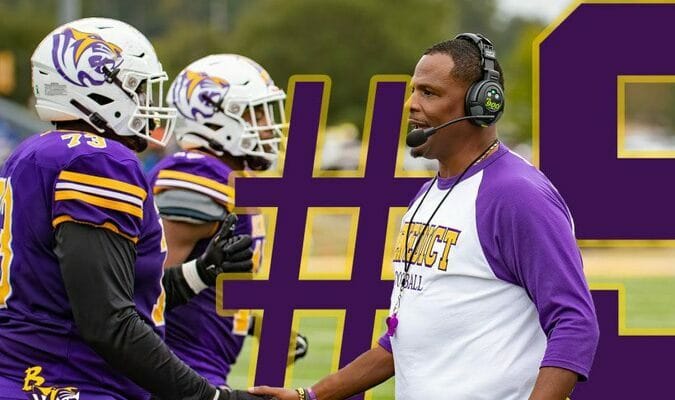 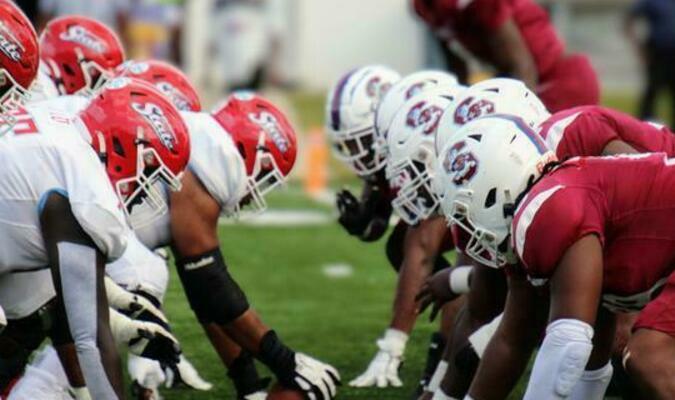 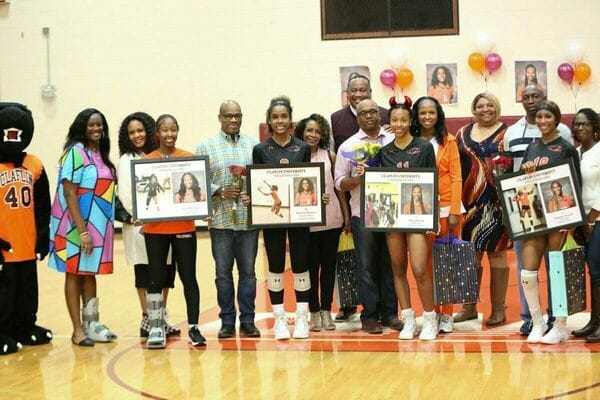 **Undefeated Benedict Too Much for Allen Football**

The Allen University football team ran into a buzzsaw of a team on Saturday falling 54-21 to undefeated rival Benedict College from Westwood HS in Blythewood.

BC improves to 10-0 on the year and will now host Tuskegee next week in the SIAC Championship Game.

Sophomore WR Jayden Horace led the receiving corps with 93 yards on 4 receptions and a touchdown on a 76-yard pass from Plummer in the first quarter that trimmed BC's lead down to five at 12-7. On BC's next series, their QB threw an interception to freshman linebacker Kayleb Pierce that gave Allen prime field position in Tiger territory. However, Plummer then threw an interception himself on the very next play to give the ball right back to Benedict and they then added their third touchdown of the first quarter to lead 19-7 after one.

Allen then held Benedict to only 7 points in the second quarter as BC would lead 26-7 at halftime. BC then started the third quarter with a 51-yard TD pass before sacking AU punter Damir Wilkins at AU's own 15-yard line to give BC great field position again. They then used that for another score and go up 40-7. The Tigers then increased their lead to 47-7 with a mammoth 79 yard TD pass before adding their final touchdown late in the third.

Allen then scored their second touchdown of the game early in the fourth quarter as RB Travis Gammage caught a 9-yard pass from Plummer to complete a 10-play 75-yard drive in four minutes. AU then forced Benedict into a punt while freshman DB / Punt returner Kevin Graham then returned it 93 yards for the final Allen touchdown to make the final 54-21. Graham also had three tackles and a pass breakup.

Defensively, Allen was led by 8 tackles from sophomore DB Dahlil Wilkins and six tackles each from junior DB Reginald Jones and junior LB Gary Bourrage. Pierce added 5 tackles and a QB hurry to go along with his interception while sophomore DE Justin Eaton also recorded a sack and two tackles on the day. Sophomore Linebackers Marquavious Henderson and Kirkland Boone also combined for 10 tackles and 1.5 tackles for loss.

Allen falls to 1-7 on the year and 0-6 in the conference and will next go on the road to close their season with a game at Edward Waters College next Saturday at 2:00 PM.

The NCAA has released its second official football rankings for Super Region 2, which will determine the teams advancing to the Division II playoffs, and the Benedict College Tigers are now the top-ranked team in the region.

Virginia Union University from the CIAA is now fourth, followed by a pair of schools from the South Atlantic Conference – Wingate and Mars Hill. Fort Valley State University moved up to seventh following their win over Albany State last Saturday.

The rest of the top 10 is Limestone, Tuskegee and West Georgia.

The top seven teams in the final region rankings will advance to the NCAA Division II playoffs, which begin Nov. 19. The No. 1 seed will have a bye until the second round on Nov. 26.

The official selection show will take place on Sunday, Nov. 20 at 5 p.m. on NCAA.com.

We fought hard to get back into the game," said head coach Buddy Pough. "At the end we just came up short, which was very disappointing." South Carolina State playing without several veterans including starting quarterback Corey Fields, defensive end Jeblonski Green, Jr., and punter Dyson Roberts just to name a few, had to rely on the play of newcomers.

Graduate quarterback Tyrece Nick who stepped in for injured Fields, finished throwing 11-of-22 for 182-yards and two touchdowns. Jordan Smith stepped up strong for the Bulldogs spot finishing the day with four receptions and a 56-yard score, while All-MEAC performer wide receiver Shaquan Davis added three catches for 87-yards and a touchdown.

Linebacker BJ Davis spearheaded the defense with a team-high 13 tackles and 2.5 tackles for loss for seven yards. Patrick Godbolt followed with support on the defense line with eight tackles, four tackles for loss, a sack, and an interception in the loss.

Next up SC State returns action on Saturday (Nov.12th) on the road at Howard in Washington, DC, before returning home to close out the regular season versus Norfolk State on Nov. 19th in Orangeburg.

The Claflin Lady Panthers (12-9, 7-9 CIAA) clicked on all cylinders when the team took a dominating three-set senior night win over the Livingstone Blue Bears (2-19, 0-16 CIAA), Monday evening. The Lady Panthers closed out home court with a terrific performance to claim the 25-14, 25-16, and 25-14 win in the match.

The win came on the heels of one of the best offensive performances of the season for the Lady Panthers. As a team, the Lady Panthers totaled 41 kills, the highest total for a three-set match this season for the team. It was the senior duo of Simone Newell and Danelle Branch that led the way. Newell finished the match with a season-high 15 kills and only one assist. She also added seven digs as well. Branch added her first double-double of the season with 10 kills and 15 digs in the match. Senior Mya Broom added three blocks (none solo) as well.

The Lady Panthers controlled the match from the very beginning, and they began with a dominating opening set. Claflin opened the match with a 9-2 run. Though they allowed the Blue Bears to pull to within two point, 11-9, the Lady Panthers never gave up their lead and rolled to the 25-14 win.

With the win, the Lady Panthers improve to 12-9 overall and 7-9 in Central Intercollegiate Athletic Association (CIAA) play. The team also closes home court with a 5-3 record. The Lady Panthers will now await seeding for the 2022 CIAA Volleyball Championship Tournament.