Dawn Staley: “I Can Not Be Quiet,” A Personal Letter 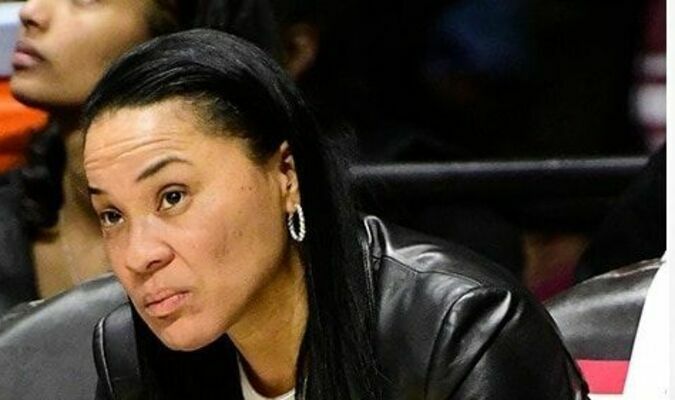 In a season that has been focused on justice and equality it's disheartening that we are addressing the glaring deficiencies and inequities in the WOMEN'S and men's NCAA Tournament experiences for the student-athletes, but here we are.

First, I believe Lynn Holzman and her team have done a tremendous job with the resources they were "given." It is not lost that a great deal of preparation and planning went into getting 64 teams to San Antonio. We all need to acknowledge and thank them for their efforts.

How do we explain that to our players? How can an organization that claims to care about ALL member institutions' student-athlete experiences have a copyrighted term that only "represents" one gender?

Next, the inequities that are circulating on social media. There is no answer that the NCAA executive leadership led by Mark Emmert can give to explain the disparities. Mark Emmert and his team point blank chose to create them! The real issue is not the weights or the "swag" bags; it's that they did not think or do not think that the women's players "deserve" the same amenities as the men.

What we now know is the NCAA's season long messaging about "togetherness" and "equality" was about convenience and a soundbite for the moment created after the murder of George Floyd.

We cannot, as leaders of young women, allow Mark Emmert and his team to use us and our student-athletes at their convenience. Every team here in San Anton has earned and deserves at a minimum the same level of respect as the men. All the teams here dealt with the same issues as the men's teams this season; yet their "reward" is different.

It is sad, but not unusual, that the headlines for the women's tournament have turned to disparities and nightly meetings about how to try to fix what should not need to be fixed. We need Mark Emmert and his team to own this mistake and address these issues and the overarching issues that exist in our sport.

Women's basketball is a popular sport whose stock and presence continues to rise on a global level. It is sad the NCAA is not willing to recognize and invest in our growth despite its claims of togetherness and equality. We all came to San Antonio with one goal. It's time for us to turn our attention to preparing our teams for that.

But, it is also time for the NCAA leadership to re-evaluate the value they place on women.