THE EPIDEMIC OF BLACK HOMICIDE VICTIMIZATION: More Than 85% of Black Homicide Victims Killed With Guns 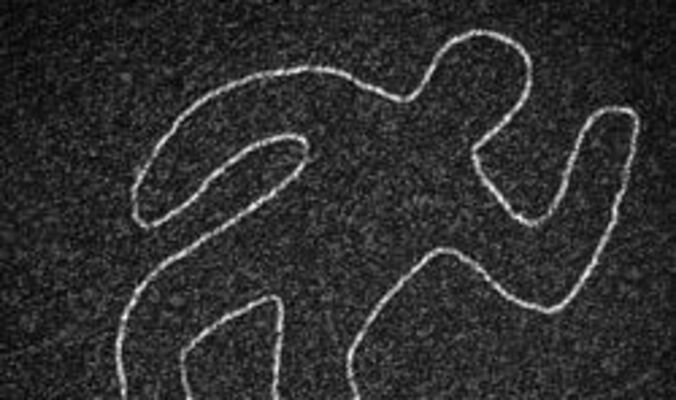 In addition to national data, the annual study, Black Homicide Victimization in the United States: An Analysis of 2018 Homicide Data, also ranks the states according to their Black homicide victimization rates. It is based on unpublished data from the Federal Bureau of Investigation (FBI) Supplementary Homicide Report (SHR). The study details homicide rates for 2018, the most recent year for which comprehensive national data is available. This is the 15th year the Violence Policy Center has released the study. To see past editions of the study, click here.

“In 2018, Black men, women, boys, and girls were only 14 percent of our nation’s population, yet accounted for 50 percent of all homicide victims. These deaths devastate families, traumatize communities, and almost always involve a gun. The goal of our research is to help support community advocates and organizations working on the ground to stop this lethal violence while, at the same time, continuing to educate and engage the public and policymakers on the need to address this ongoing national crisis,” states VPC Executive Director Josh Sugarmann.

For the entire UNITED STATES, the study finds that in 2018:

For homicides in which the weapon used could be identified, 86 percent of Black victims (6,116 out of 7,072) were shot and killed with guns. Of these, 66 percent (4,024 victims) were killed with handguns.

For homicides in which the victim to offender relationship could be identified, 76 percent of Black victims (2,267 out of 2,995) were killed by someone they knew. The number of victims killed by strangers was 728.

For homicides in which the circumstances could be identified, 70 percent (3,018 out of 4,335) were not related to the commission of any other felony. Of these, 51 percent (1,531 homicides) involved arguments between the victim and the offender.

crime data. The changes would drastically reduce the availability of state and local data and deprive researchers access to detailed data that can help prevent gun violence and other crime. The FBI has announced that beginning in 2021, it will stop collecting detailed crime data from police agencies that are not ready to participate in the National Incident-Based Reporting System (NIBRS), an updated and expanded version of the Uniform Crime Reports (UCR) system. While full implementation of NIBRS would be an improvement on the current UCR system, for 2019 only about half of law enforcement agencies that participated in the UCR program submitted their information through the new system. Instead of allowing local agencies who miss the deadline to continue to report crime data via the UCR, the FBI will partner with the Bureau of Justice Statistics (BJS) to create national estimates to account for the missing information. BJS forecasts that the estimates will cover approximately 25 percent of the more than 16,000 law enforcement agencies in the United States that report to the UCR. These changes would represent a dramatic step backwards and hobble efforts to understand and prevent gun violence, domestic violence, homicide, and, in fact, all types of violent crime.

In addition, individuals living in communities where violence is prevalent are at higher risk for a broad range of negative health and behavior outcomes. An increased understanding of how trauma resulting from community violence influences development, health, and behavior can lead to improvements in the way many social services are delivered as well as policy changes at the local and federal levels (see the July 2017 VPC study The Relationship Between Community Violence and Trauma: How Violence Affects Learning, Health, and Behavior, https://vpc.org/studies/trauma17.pdf). At the same time, the firearms industry, looking to expand beyond its shrinking base of white male gun owners, has launched an organized marketing campaign focusing on Blacks and Latinos. If successful, such efforts can only increase gun death and injury in these communities (see the January 2021 Violence Policy Center study How the Firearms Industry and NRA Market Guns to Communities of Color, https://vpc.org/how-the-firearms-industry-and-nra-market-guns-to-communities-of-color/).

The FBI data includes incidents reported as justifiable homicides of Black victims killed by law enforcement. Nationwide, there were 110 such incidents reported in 2018. The data does not specifically identify killings by police that are not ruled justifiable. In December 2015, the FBI announced that it would dramatically expand its data collection on violent police encounters by 2017. In October 2016, the U.S. Department of Justice outlined a plan to improve the collection of law enforcement use of force data. The FBI has begun to release online very limited information on law enforcement use of force incidents. In addition, the agency notes that in 2020 only 5,030 out of 18,514 federal, state, local, and tribal law enforcement agencies throughout the nation participated and provided use of force data. The officers employed by these agencies represent 42 percent of federal, state, local, and tribal sworn officers in the nation.

Black Americans are disproportionately affected by homicide. For the year 2018, Blacks represented 14 percent of the nation’s population, yet accounted for 50 percent of all homicide victims.6

The devastation homicide inflicts on Black teens and adults is a national crisis that should be a top priority for policymakers to address. An important part of ending our nation’s gun violence epidemic will involve reducing homicides in the Black community.

At the same time, the firearms industry, looking to expand beyond its shrinking base of white male gun owners, has launched a marketing campaign focusing on Blacks and Latinos.7

If successful, such efforts can only increase gun death and injury in these communities.