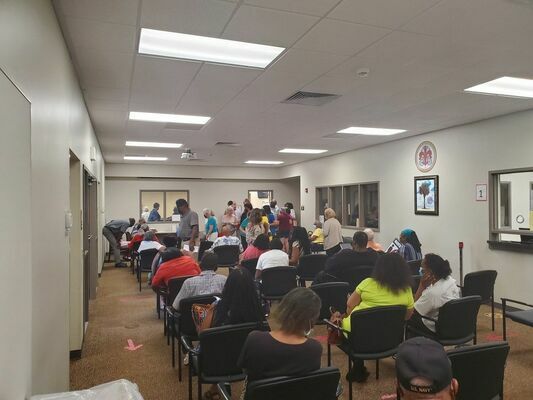 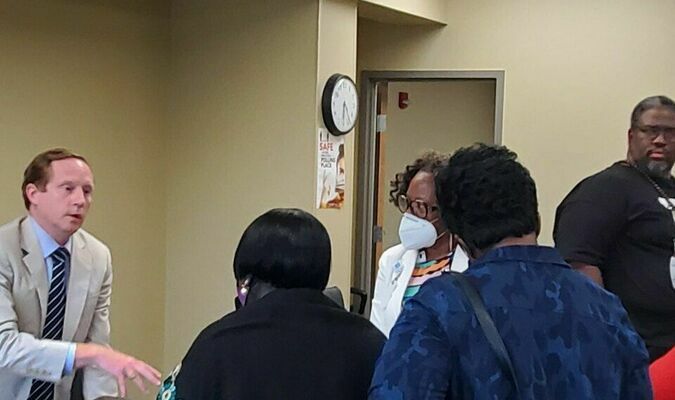 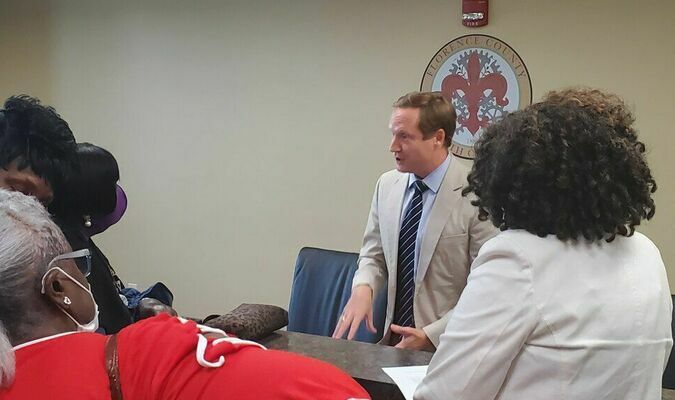 Community members and concerned citizens filled the Florence Election and Voter Registration Office on Monday July 26, 2021 to show their support for Deputy Director Bertha Scott.
Mrs. Scott, who has been second in-charge at the office for over 18 years, was recently passed over by what many in the community consider as a group of conservative Commissioners, with only one Black member sitting on the Commission.
Even though over 35% of Florence County’s population is Black some of the protesters where asking why, in 2021, do the Commissioners not represent the population base of Florence County?
Those same protesters also wanted to know how the commission make-up will effect the operations of the Florence County Election and Voter Registration Office as it relates to voter turnout and vote counting.

If You Think Your Property Taxes Are High in Fl...

Rev. J. D. Blue Wants to Be Mayor of Hartsville...

Are We Headed In The Right Direction When There...