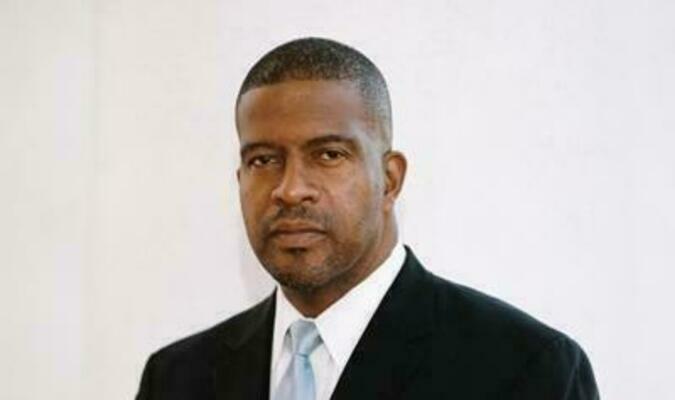 State Superintendent Molly M. Spearman should resign immediately as Superintendent of Education. Why should Spearman linger around, after announcing that she will not seek re-election, to cause more damage and harm for the next 14 months? She has been of little help to the Governor, and to the schools and communities that needed her honest assistance, while creating a system of what appears to be cronyism at the department. Superintendent Spearman should do what is morally appropriate at this point- resign.

The Florence County School District Four Board of Trustees just learned that Spearman gave (stole) property away held by the Florence County School District Four Board of Trustees, in trust for the citizens of Florence Four valued at $118,000.00, to the County of Florence for $15.00. The document lists School District Four Board as the property owner. How history repeats itself for property owners of American slave descent. Those in power will kill, steal, and destroy for what they want. Land the School Board had previously voted not to sell to the county but was considering selling to the Town of Timmonsville. The conspiracy between Spearman, Florence School District One, the Florence County Legislative Delegation, and the County of Florence to kill Timmonsville by taking the assets of Florence Four paid for by the citizens of Florence Four is fraudulent, immoral, corrupt, dishonorable, and appalling. There is more. Spearman during her campaign gave the aura of being a great educational reformer, taking over districts and schools on a priority list, primarily of populations (students and school boards) of American-slave descent without herself having the discipline to keep her educator certificate current (if she previously had one) to validate her savvy. To be State Superintendent of Education one does not need to hold an educator credential, but Spearman’s campaign centered around competence as a professional educator. She told us she had taught music, that she was a school administrator and at the time she was the Executive Director for the South Carolina Association of School Administrators, creating the image of educational competence- holding a teaching credential certifying her aptitude. It simply goes without asking, one would think, that professionals would ensure their credentials are up-to-date and valid.

• The Florence Four Board inquired as to why David Mathis, one of her deputies, was the acting superintendent on record for Florence Four.

• The Florence Four Board directed me, at their October 19, 2021, board meeting to seek professional and legal remedies to hold Spearman accountable for cancelling the seats for the school board that should have been on the November 2020 ballot for the general election. On Friday, October 22, 2021, I emailed the South Carolina Board of Education, with the understanding that Spearman had a valid educator certificate, a complaint as to the reasons why the State Board should act against Spearman’s certificate.

o The following response, from Alan Walters, Chair-Educator Licensure Committee, was received on October 26, 2021, in response to my complaint. “Good afternoon, Molly M. Spearman does not currently hold an educator certificate issued or recognized by the State of South Carolina.

• According to the media on October 27, 2021, Spearman publicly announced she was not seeking reelection. The assumption, that the Chief Educator of South Carolina would hold and keep current her educator license given the premise of her campaign, is more than reasonable when educators she supervises in our public school system are required by law to keep their credentials current. It is sad, that our State Superintendent, for whatever reason (laziness, lack of discipline, arrogance, hubris) did not do what is required of educators in this state- maintain a valid teaching credential. Why is she not leading by example? You would think she would want to be current on the most recent ideas, best practices, and theories on how to educate children in those districts and schools, on her priority list, by keeping her certificate up to date. Spearman continues to methodically create chaos and confusion in Timmonsville-Florence County School District Four. She has destroyed the lives of children, contributed to ruining the health of board members, attacked the reputations of school superintendents, abolished academic programs for students, subsidized the devastation of a town without shame and with impunity. Spearman took over Timmonsville because of a $100,000.00 deficit. Since she has been in charge in Florence 4, she has spent over 1.3 million dollars on a mysterious board and superintendents that cannot be accounted for. While the State is spending over 20 million dollars on an agricultural school with less that 60 students, millions of dollars more on two governors’ schools each with less than 300 students and hundreds of millions of dollars on charter schools with populations of less than 100 students. However, I do understand that the plight of Timmonsville and schools, districts, and towns like Timmonsville, because of their socioeconomic and ethnic status, is of little concern to those who are in "power" and in positions of influence like Spearman, regardless of who those in power are- democrat, republican, black, brown, red, white, yellow, female, male, or any other sexual identifier. Spearman is not the transformational reformer that she portrayed herself to be. To her credit, she did manage to expand the academic grading scale for the public schools of South Carolina, ensuring that a 60 average is passing. Outstanding reform! For whatever reason Spearman is not seeking re-election, it is time for her to resign.

Voting Rights Battle Ahead In Early 2022

Do You See What They Are Doing? Now Is The Time...