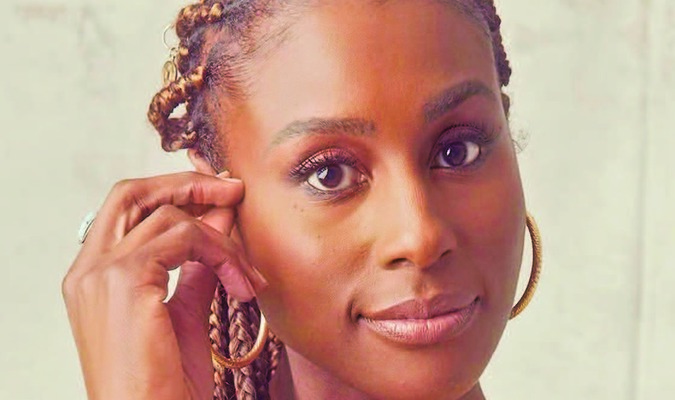 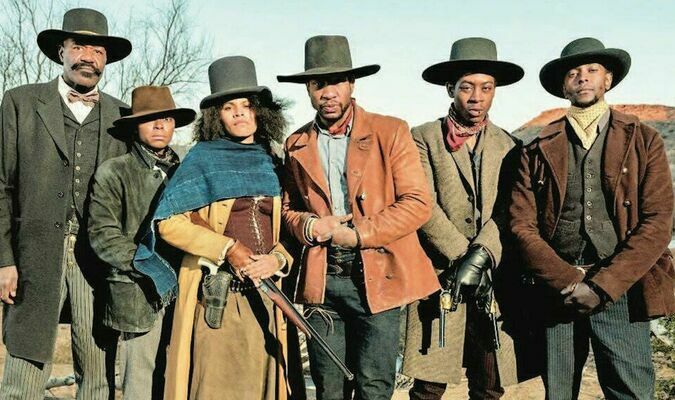 The Harder They Fall on NETFLIX 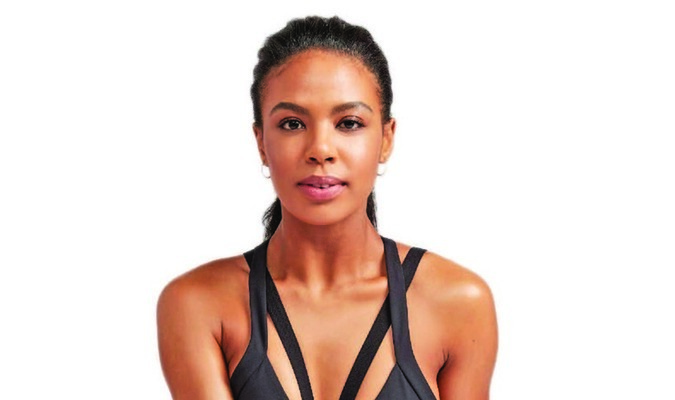 Britt Stewart Dancing with The Stars
Previous Next

The 2016 series premiere of Insecure opened with Issa Dee (played endearingly by Issa Rae) standing nervously before a group of fractious students probing her personal life. In the face of invasive questions — “Why do you talk like a white girl?”; “Are you single?”; and “Is this what you always wanted to do?” — Issa strains to maintain her composure. She’s visiting the middle school classroom as a representative of We Got Y’all, an after-school enrichment program run by a white woman with a vague desire to help Black children in the Los Angeles area. It’s by no means the job she wants, but it’s the one she has, and another difficult day leads her to ask, through voiceover, “How different would my life be if I actually went after what I wanted?”

This existential question guided four seasons of the critically acclaimed HBOseries, which skillfully chronicles Issa’s life as a 20-something Black professional in Los Angeles. It’s a question that hovered in the back of her mind as she contemplated breaking up with her boyfriend, Lawrence (Jay Ellis), and quitting her job. It loomed over increasingly tense conversations with her best friend, Molly (Yvonne Orji), which culminated in a painful split in the fourth season. It even influenced the arcs of other characters, humanizing the usually pretentious Tiffany (Amanda Seales) and developing the criminally underutilized and quick-witted Kelli (Natasha Rothwell). Going after what you want eventually became the show’s discreet refrain.

As we watched Issa, Molly, Lawrence, Kelli and Tiffany break up, make up, get drunk, cry, kiss, the show slyly shifted its central question away from pure action (how to go after what you want) and moved toward meditation (wait, what do you actually want?). This reframing undoubtedly strengthened the series, allowing the writers to create more persuasive and affecting narrative arcs that deepened our understanding of the characters.

That perspective, combined with Insecure’s lush visual language and apt musical choices, made the series a force — even when it faltered. Now, with its highly anticipated fifth and final season (of which critics received the first four episodes), the team behind Insecure, which includes Rae, showrunner Prentice Penny and director Melina Matsoukas, affirms the series’ legacy as an elegant and confident depiction of a specific kind of Black millennial experience.

“Reunited, Okay?!,” the first episode of the new season, Issa returns to her alma mater for a discomforting 10-year reunion. It’s been a few weeks — maybe months — since Issa and Molly cautiously reunited at Merkato Ethiopian, the pair’s favorite restaurant, at the end of season four. When they see each other at Stanford, wearing matching crewnecks no less, their interactions are stilted, clearly bearing the weight of the hurtful truths they exchanged. Bringing the duo — whose friendship is at the heart of the series — to the place they met is a clever way to kickstart their reconciliation process. Still, this turn of events feels a bit too easy for a show that revels in wrestling with the messiest parts of close relationships.

Molly and Issa are in two different places when they see each other again. Molly has renewed commitments to work on herself, and her goal for the weekend is to stay present. There’s a refreshing shift in her character, who, since her heated and revelatory argument with Andrew (Alexander Hodge), possesses more self-awareness about her controlling tendencies. Issa’s back on campus not just as a nostalgia-seeking graduate, but as a participant in a panel of alumni entrepreneurs.

This all-expense-paid invitation affirms her professional ascent, although Issa herself remains unsure of her path. During the secondhand-embarrassment-inducing panel discussion, before a very different audience from the one she faced in the show’s very first episode, she answers a question that echoes those of the middle school students. “I don’t know if I’m on the right path,” Issa responds with her signature candidness. “To be honest, there is no way to be sure you’ve made the right choice.” She is no less lost than she was when we first met her, but there’s a resoluteness in her response that hints at a burgeoning confidence.

As with earlier episodes, Insecure opens its final season by deftly balancing its heavier themes with lighter moments. Issa, Molly, Kelli, Tiffany and Derek (Wade Allain-Marcus) jab and joke while trying to recall former classmates’ names and remarking on (aka judging) the lives of others. A return to campus provides a rich source of material that sharpens our understanding of this friend group. I’d be remiss not to mention the aesthetic choices that have consistently made Insecure a pleasurable viewing experience. The outfits are still magnificent, the lighting remains on point, and the sets are still carefully curated.

In a particularly exciting turn, the best part of this episode is its intentional focus on developing characters other than Molly and Issa. Rothwell’s Kelli, who has reliably provided some of the series’ funniest moments, assumes a more pensive disposition when she realizes that for some bizarre — and never explained — reason, the alumni committee thinks she’s dead and has planned an In Memoria tribute to her. It’s a dark turn that prompts Kelli to contemplate her legacy. How will she be remembered? What does she mean to her friends? At one point, she dejectedly wonders aloud if she’s only good for jokes.

*The Harder They Fall on NETFLIX*

THE WEEKEND, Eternals, the 26th film in the Marvel Cinematic Universe, hits theaters alongside Spencer, Pablo Larraín’s biopic drama starring Kristen Stewart as Princess Diana. If you’re not feeling up to venturing out to see existential superhero dramas or a real-life horror story of the British aristocracy, there’s still plenty of movies coming to VOD and streaming to watch from home this weekend.

Jeymes Samuel’s American Western action drama The Harder They Fall is now out on Netflix, joining Apple TV Plus’ Tom Hanks sci-fi movie Finch and the long-awaited (right?) Paw Patrol: The Movie on Paramount Plus. And that’s just the top of the stack of smaller releases hitting VOD for the first time, plus the highlights from last weekend.

To help you get a handle on what’s new and available, here are the new movies you can watch with the click of a button this weekend.

Featuring an all-star ensemble cast including Jonathan Majors (Lovecraft Country), Zazie Beetz (Atlanta), Regina King (Watchmen), Idris Elba (The Suicide Squad), LaKeith Stanfield (Sorry to Bother You), Delroy Lindo (Da 5 Bloods), and more, Jeymes Samuel’s Western The Harder They Fall follows the story of outlaw Nat Love (Majors) who embarks on a quest for revenge against his nemesis Rufus Black (Elba) after he escapes from prison. The film has garnered much attention for its stylish contemporary take on Western tropes and its predominantly Black cast of performers, but how does it stake up against other Black Western films of its ilk? From our review,

Apart from the star-studded ensemble, with a few of the actors totally miscast, this film is only groundbreaking in the sense that it was designed for streaming. Its aesthetics are more obtrusively loud than stylish or gaudy. Its story is too slight to back up the overlong runtime. The natural Western landscape, rendered artificially, lacks vastness. Samuel’s The Harder They Fall doesn’t rise to the epic scale of its spaghetti and Blaxploitation influences: The genre has never felt so small and streaming-friendly as it does in this tawdry misadventure.

*Dancing with The Stars*

PROFESSIONAL dancer Britt Stewart is the first Black female Pro on “Dancing with the Stars”, this year having competed with partner and “Cobra Kai”/KARATE KID star Martin Kove, as they strove for the Mirror Ball on Season 30 of the show. Last year, Stewart and her partner Olympic Ice Skater Johnny Weir successfully made it into the semi-finals. In addition to her professional dancing skills, Stewart is also working to bring ballroom dancing to underprivileged/BIPOC communities – a population lacking opportunity and representation in the professional dance world, through her non-profit @ShareTheMovement.

Britt is no stranger to dancing with the stars, having toured and performed alongside world-renowned recording artists such as Rihanna, Demi Lovato, Nick Jonas, Florence + The Machine, Selena Gomez, and Janet Jackson. She was also one of Katy Perry’s core dancers for 3 years where she performed with her in various performances around the world, including the Superbowl and her Prismatic World Tour.

Britt got her start in dancing at the age of three at her local dance studio in Colorado, Artistic Fusion Dance Academy. She was accepted into the dance program at the Denver School of the Artswhere she received training in modern and cultural dance styles. At 15, her life in motion took flight as she quickly became a working dancer both nationally and internationally. While still in High School herself, Britt caught the eye of famed director and choreographer Kenny Ortega and was hired as a principle dancer in all three High School Musical movies. After graduating in 2007, she was accepted into the modern and ballet program at Loyola Marymount University and subsequently moved to Los Angeles. Her professional career as a dancer was taking off though, and after two years of university she decided to pursue her passion. She began booking dance roles in such hit Hollywood film productions as the remake of FAME, NO STRINGS ATTACHED, Disney’s TEEN BEACH PARTY, and the award winning LA LA LAND. She was a featured dancer in numerous TV shows such as “The Voice”, “Gilmore Girls”, “Grey’s Anatomy”, and ABC Family series“Bunheads”. She was also a series regular on ABC Family’s “Dancing Fools”. It was at this time that she also began dancing and touring with the hottest musical performing artists and began traveling the world. After her tour with Katy Perry, she learned about an audition for “Dancing with the Stars” and secured the position as a member of the dance troupe, officially joining the show in Season 23.

As the first Black female pro on “DWTS”, Britt is also acutely aware of the lack of opportunity in many Black and Brown communities for adolescents to learn ballroom dancing, thus inhibiting them from obtaining the proper skills and education to rise amongst the ranks of professional dancers. This is something she wants to change and is currently working with a few other likeminded dancers to create a non-profit foundation that will shape the movement by creating opportunity for these community members. She also actively helps her community by sharing her talent for causes that promote wellness and art appreciation. Mental health and self-love are also things that are both equally important to her. Having been diagnosed with “physical hives” where her body will literally break out in hives if her temperature changes, she has learned to eat a healthy gluten-free diet that helps her body regulate the auto-immune disorder. She is also Certified in Reiki/Crystal therapies and hopes to one day run her own Wellness Retreat.

Britt’s well-rounded training in all dance art forms coupled with numerous performances, competitions, and workshop opportunities has established a foundation for her professional dance career. The depth of her talent, and appreciation for the art is reflected in the variety of credits to her name and the legacy she is creating as she aims to follow in the footsteps of her role model Debbie Allen as she aims to inspire and transform the world of dance.