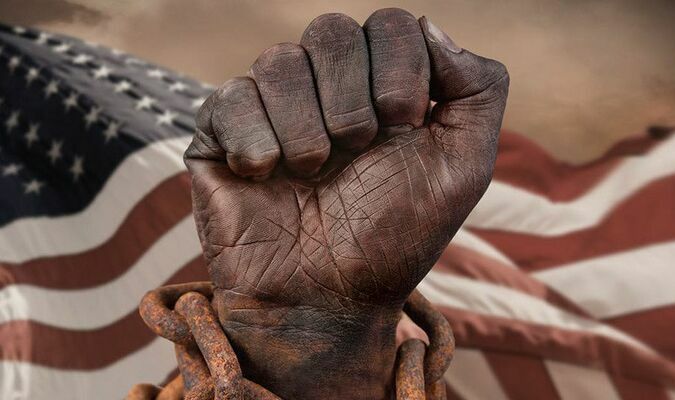 Trauma that happened to past generations can and is reflected by the current generation. The same can be expected to occur in future generations, if the report’s recommendations are not adopted.

When the wounds are caused by generations of racism, it takes a group like the National Coalition of Blacks for Reparations in America (N’COBRA) to do the necessary deep cleaning. Since 1987, N’COBRA has been the leading mass coalition dedicated to obtaining Reparations for African descendants in America. Most recently, their work has been recognized by the MacArthur Foundation for their cutting-edge efforts.

Congresswoman Sheila Jackson Lee is the lead House sponsor for H.R. 40, legislation that would put Reparations on the agenda of the full House of Representatives for the first time since its introduction in 1989. The Congresswoman is a long-time supporter of Reparations.

Now, N’COBRA is releasing its 2021 report “The Harm Is to Our Genes: Transgenerational Epigenetic Inheritance and Systemic Racism in America.” The research team was headed by Dr. Joan Kaufman of Kennedy Krieger Institute at Johns Hopkins Medical Institutions. Citing current scientific research, the seven-section report persuasively documents the ongoing impact of historical trauma, starting with the TransAtlantic Slave “Trade”, and includes racial segregation, mass incarceration, police brutality, and economic exploitation. These, and other harms, reveal that “ancestral adversities can negatively impact descendants across multiple generations through epigenetic (chemical) changes in the DNA.”

Yes, trauma that happened to past generations can and is reflected by the current generation. The same can be expected to occur in future generations, if the report’s recommendations are not adopted. “Our report emphatically attests that if the Black community is ever going to heal from the consequences of systemic racism, in addition to established medical protocols, we must not hesitate, but be inclusive of African-centered health and wellness modalities,” explains Lisa Davis, N’COBRA Health Commission co-chair.

“These findings demand that every conversation about the health inequities and health problems confronting Black Americans should include historical trauma and its effects,” says Kamm Howard, N’COBRA National co-chair.

A United Nations report released earlier this year concluded, “Racism is embedded in the structures of our society.” While police brutality, the wealth gap, and other issues grace the headlines – health disparities are often overlooked. And, when those disparities are generational, it’s even more difficult to determine the why and who is at fault. “You must accept that systemic racism is the reason bad health has existed for generations for those of African descent,” he adds.

Howard concludes, “These findings make our demand for Reparations even more urgent. Resources must be targeted to address the multitude of harms in addition to the health challenges detailed in this report. H.R. 40 must pass!” H.R. 40 was voted out of committee by the House of Representatives this past April. There are currently 200 members in favor of passage; 218 votes are needed.

Why it has taken more than 30 years for the U.S. Congress to even entertain a conversation about Reparations is hard to digest. “The National Coalition of Blacks for Reparations in America’s report, Transgenerational Epigenetic Inheritance and Systemic Racism in America, provides us with a singular, significant, historical and scientific presentation of the extended devastation of the impacts of slavery on the descendants of enslaved Africans and all of America. Over the years, we have witnessed the impacts of systemic racism,” says Congresswoman Jackson Lee. “This report now details how systemic racism has flowed through the centuries and through the communities of African Americans. The right answer to this report is for Congress to pass H.R. 40, The Commission to Study Slavery and Develop Reparations Proposals. H.R. 40 will provide a studied analysis and response for the best pathway forward to heal America and to end forever the stigma of systemic racism and its varied social, political, economic, and environmental impacts as detailed in this report. This is the right time in America’s history to pass H.R. 40 and to establish this important Commission!”